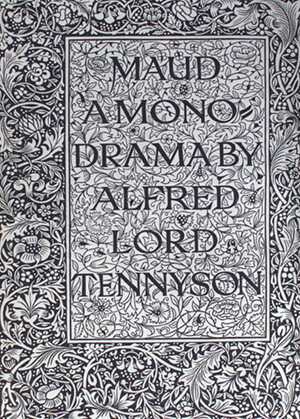 One of Univ Library’s prettiest books is this first edition Kelmscott Press 1893 publication of Tennyson’s Maud: a monodrama. It is one of only 500 copies and was the first of the Press’ octavo books to include a woodcut title. The woodcut borders were especially designed for the book.

The Kelmscott Press was founded by the socialist artist and writer William Morris (1834-1896) in January 1891 at Hammersmith, London, in a building a few doors down from his home, Kelmscott House. It was to be the culmination of a lifetime’s love affair with books and book making, and the final artistic venture the artist would pursue before his death just five years later. Considered by many as laying the foundations of the Private Press Movement, Morris’ Kelmscott Press is perhaps the best-known example of a private press. Although the term “private press” is often contentious and can mean a variety of things, it is commonly used to describe a printing press run by amateurs or a press that does not operate as a purely commercial venture. Furthermore, private presses are often born out of necessity, whereby commercial printing is not a viable option, whether that be for ideological, practical, or artistic reasons. It was a combination of these reasons that led Morris to found the Kelmscott Press.

As with his other artistic ventures, the Kelmscott Press largely evolved as a response to the Industrial Revolution, and what Morris perceived to be a decline in the quality of the printed book. Morris was disheartened with the state of contemporary book production, in which cheap materials and shoddy design had, in his opinion, ruined the quality and appearance of books. An ardent medievalist, Morris viewed medieval manuscripts and incunabula as the pinnacle of book design, in which quality materials, good design, and skilled craftsmanship had created beautiful books. It was to this era that Morris looked for inspiration when founding his press. 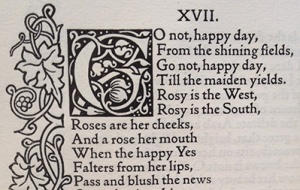 In reverence to the work of the medieval bookmakers, Morris intended his press to, as far as possible, produce books by traditional methods, and in doing so recreate the quality of the books of the Middle Ages. After a lifetime studying and admiring medieval manuscripts and early printed books, Morris took his knowledge of the design and production methods of these books and set about recreating them, using contemporary paper, vellum, and ink produced to mimic those used in medieval book production. He also designed new type and ornamental borders and initials, influenced by those found in medieval books and manuscripts. 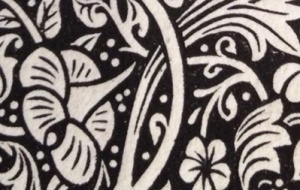 First edition [one of 500 copies on paper; 5 additional copies printed on vellum, but not issued for public sale.

Colophon – “Printed by William Morris at the Kelmscott Press, Upper Mall, Hammersmith, in the County of Middlesex, and finished on the 11 day of August, 1893.”