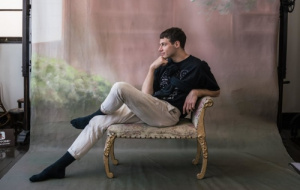 The Financial Times recently published an essay by Barclay Bram Shoemaker (2016, DPhil in Area Studies – China), entitled “Welcome to the age of the avatar.”

Barclay’s article looks at the phenomenon of virtual celebrities, beginning with a visit of A-fun Interactive. A-fun Interactive is the powerhouse behind many digital models, pop stars and influencers, who are stepping out of the screen and into the real world. He also examines the Korean avatar creation app Zepeto, which is allowing people to make themselves into avatars then travel around a digital world.

For his DPhil, Barclay is conducting ethnographic research about depression in Shanghai, China, looking at how they seek treatment between two medical systems, western bio-medicine and traditional Chinese medicine. He has a full scholarship from the Economic and Social Research Council and was a British Council Generation UK scholar based in Shanghai.

Barclay is also a photojournalist whose work has appeared in The London Review Of Books, Wired, Vice, Dazed, The Huffington Post among others. He was shortlisted for the 2019 Ft/Bodley Head Essay Prize. He has also written articles in Mandarin for Vice China. His work can also be found on his website and his Instagram @Barclaybram.

Ascension Day marks the end of the season…

The famous dining Hall of…

At this time every year…

My Avatar and Me

Amelia Hemphill has produced and presented…