My Avatar and Me 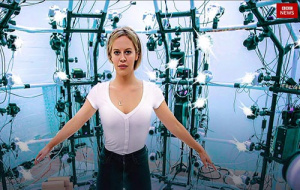 Amelia getting her avatar made in Los Angeles

Amelia Hemphill (2007, English) has produced and presented a documentary exploring the future of avatars, for the BBC’s 100 Women season.

The documentary delves into the growing world of digital avatars and their use in gaming, fashion and pornography. Amelia talks to the maker and company behind Shudu, a digital supermodel that has been featured in Vogue, British GQ, and Women’s Wear Daily, as well as people who have had avatar weddings and brought spouses back from the dead.

After graduating from Univ, Amelia studied broadcast journalism at Columbia University. She has since worked at the Huffington Post, The Atlantic and Bloomberg, among others, before joining BBC World Hacks in 2016. In 2018, she was shortlisted as one of Edinburgh International Television Festival’s “Ones to Watch”.

You can watch the documentary on BBC iPlayer now.

Player of the Match

Clodagh Holmes was named “Player of the Match”…