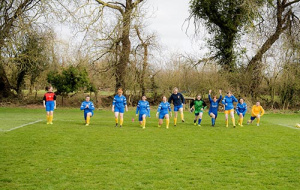 The famous dining Hall of Oxford University’s oldest college – adorned with portraits of its famous alumni, including many former Prime Ministers – played host once again to a lively party of youngsters from the Wandsworth area.

In February – before our lockdown struck – a party of 30 Devas members, coaches and trustees too the coach from the Club HQ in Battersea, south London, to spend a day in Oxford mixing football, fun and a bit of history, and warm hospitality from University College, cutting across social, educational, economic and class boundaries.

This, now annual event, links the Devas – founded in 1874 to provide fresh opportunities for local, often disadvantaged, low income, youngsters with Univ – founded in 1249 to educate the finest of English minds in the best medieval monastic style. They are linked in the memory of a Univ graduate who had begun working with youngsters in south London, but then died in a climbing accident on Mont Blanc. His family generously set up the club in his memory. 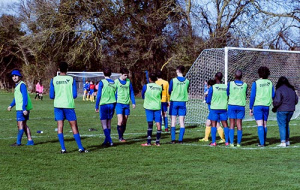 The Devas group were welcomed with a generous brunch in the Univ Great Hall, and introduced to the college and the plan for the day under the watchful portraits of former British Labour PMs Clement Atlee and Harold Wilson, plus Bob Hawke PM from Australia and Festus Mogae, President of Botswana.

A more direct connection came in the portrait of Lord Goodman who was head of the College and chair of Trustees of the Devas in the 1960s, well known as Harold Wilson’s Mr Fixxit. The portrait of Lord (Robin) Butler, for many years another Devas trustee and another former College head has now gone to the newly named Butler room, but that of Sir Ivor Crewe, current Master, also a trustee, and our host for the day, has taken its place.

After brunch, the group were led on a tour of the college quads, library, chapel and the memorial to poet Percy Shelley, by College ambassador Cleo Kwan, and former Univ graduate John Dineen, who has taken a job in the city but also volunteers supporting activities at the Club, and came up with visiting party.

Members then headed to the football pitches to change for the matches. Here the two Devas teams came into their own, though we spectators were treated to somewhat more enjoyable and competitive matches than the final scores tag lines might imply.

Our women’s team proved swifter and niftier and stronger than the Univ team, which after all is still only in its early years of development.

The half time score stood at 9-0, but with some positional adjustments and judicious refereeing from, Dave Crilly, who serves as coach to several women’s teams in the south London area alongside Devas, meant the final score was officially recorded as just 9-2. Dave applied the off-side rule particularly ruthlessly and as we know that can always be a bone of contention.

The men’s match was always enthralling, engaging and highly entertaining, and the Univ team battled to the very end – and on several instances came close to scoring, none more so than in the final minute, when a decent cross needed a sound header but instead it was nodded straight into the goalkeeper’s arms.

The final score was officially recorded as 10-0. We can though still recall with no little joy the 4-4 draw a few years back, when Univ equalized with the last kick of the game! 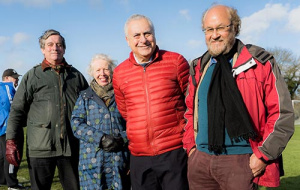 The trustees then hurried back, accompanied by Sir Ivor, to review their club business, and in particular to discuss ways of refreshing and maintaining links between college and club, also given that a new Master, Baroness (Valerie) Amos, is set to take over in the autumn.

Trustees were then able to hurry down to the College bar, where Devas and Univ players were already tucking into chilli con carne with coke or beer (for those allowed), and mixing over billiards and darts, before the Devas team headed back home.

Dr Paul Flather, Devas trustee since the 1980s and an Oxford Fellow since the 1990s, who coordinates the matches, shared some thoughts: “It is true that the scores suggest Devas teams were rather stronger on the pitch over their Oxford counterparts. But this did not mar a great day out, an annual highlight in the club calendar.”

The players of the match were also announced. It was Mark Coyle, the Devas captain, in the men’s match, both scoring goals and kept his team members playing together and driving on to score regularly, despite their lead. In the women’s match, it was the Univ captain, Katie Chamberlain, who put in a plucky performance, again encouraging her team to continue battling on even though many were meeting teammates for the first time on the pitch. 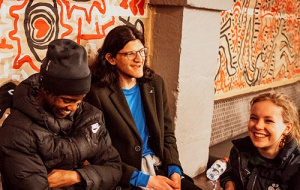 “There was excitement watching the contrasting match tactics, and Devas members loved the experience of eating in an Oxford hall,” Dr Flather added. “But most of all it was about raising expectations and mixing with students and new people. I am sure the Oxford students also found it valuable to mingle with other young people whom they may not meet regularly.”

Sir Ivor Crewe, the Master of Univ, also a Devas trustee, said: “These matches are indeed now a fixture in our calendar – even if we now struggle a bit on the football pitch. This is an important and historic link for our College which the students greatly value. It reminds us as a college of the great historic traditions of Oxford working with the settlements in London.”

As members and club staff and supporters boarded the bus home in the High Street outside the imposing façade of University College, happy with their performances and all they had experienced, it had clearly been another good day’s outing to Oxford.

Find out more about Devas on our Univ in the Community page.

At this time every year…

UCMS will be hosting their…

We have experienced superb…

At Horspath Athletics Ground earlier this…