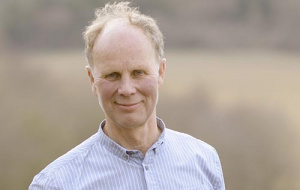 Kim Wilkie, the landscape architect for the University College North Oxford development, ran his own practice for 25 years. He now works as a strategic and conceptual landscape consultant. In this article, we examine a few of his previous projects. He has also done landscape work for The Queen’s College, the Oxford Botanic Garden and RSC Stratford.

Kim studied history at Oxford and landscape architecture at the University of California, Berkeley, before setting up his landscape studio in London in 1989. He continues to teach and lecture in America, writes optimistically about land and place from Hampshire, and participates in various national committees on landscape and environmental policy in the UK. 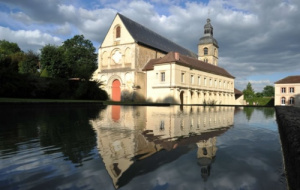 Abbaye d’Hautvillers, Epernay, Champagne
Kim Wilkie’s practice worked with opera director Robert Carsen to create a private “lost domain” for LMVH, the Moët et Chandon parent group. The proposals include land art; a rill carrying water from the spring in the lime woodlands on the hillside above the abbey, down through the site in a series of channels, steps and staircases to a flooded grotto; a grass amphitheatre; sinuous vineyards; a repaved gatehouse square and two new lime-walk lined garden cloisters. The new heart of the estate is three sides of a green colonnade to re-create the original stone cloister around a still, reflecting pool. 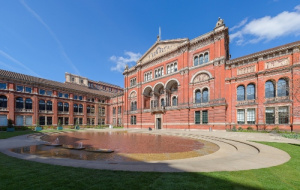 V&A Museum Garden
The garden was designed as a pivotal space at the centre of the V&A and part of the Future Plan for the whole museum. The design is based on the traditional simplicity of a garden courtyard with the drama and flexibility of a stage set. A simple central ellipse creates a calm centre to the garden and is surrounded by Liquidambars, lawns, lemon trees and glass planters. The stepped ellipse is picked out with jets of water and bands of light. The central space can be flooded to create a shallow reflecting pool, or filled with heavy fog for night lighting. 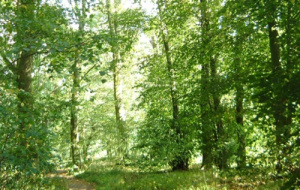 Harcourt Arboretum, University of Oxford
Kim Wilkie’s practice was responsible for the Restoration Masterplan of the arboretum, which was originally designed by William Sawrey Gilpin in the picturesque style. The plan restores historical features such as the picturesque glades and serpentine ride but also develops a modern landscape suited to teaching and public amenity. They added the new concept of managing ten hectares of native woodlands — oak woodland, lime woodland, birch woodland, pine woodland and various coppices — to widen the educational role and appeal of an arboretum.

You can hear Kim Wilkie discuss the inspiration behind the plans for Univ North, alongside Níall McLaughlin, the architect, at the Meet the Architects Q&A we held last September.

After 25 years of running his…