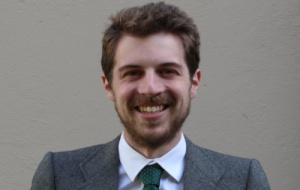 Mitchell Robertson (2016, DPhil American History), holder of the Oxford-Urquhart-RAI (Rothermere American Institute) Graduate Scholarship at Univ, has just had an article on President Trump published in The Washington Post.

Mitch’s article examined the precedent for having temporary employees in President Trump’s as well as previous administrations and the challenge it makes to the Senate’s “advise and consent” function. He writes:

“Trump – untutored in the ways of government and accustomed to the autonomy to hire and fire granted by the private sector – sees temporary appointees as a more efficient option that puts more power in his hands. They are quicker to make and do not require congressional oversight. And they seem to come at no cost to Trump’s agenda: With positions such as the Interior Department secretary and the Environmental Protection Agency administrator, Trump can safely advance his deregulatory goals, weakening government oversight of the environment through these acting appointees.

“But the use of acting appointments can also backfire, as President Richard M. Nixon learned more than four decades ago.”

Mitch is in the first year of his DPhil, which focuses on “the War on Poverty and the Nixon Administration”, and recently had his first article published in the Australasian Journal of American Studies.

Mitch is also the International Students’ Officer for the WCR. He tweets @mitch_robertson.