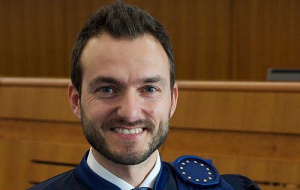 Judge Róbert R Spanó (1999, MJur Law) has been elected President of the European Court of Human Rights, where he has been a Judge since 2013. He started his tenure on 18 May 2020, succeeding Judge Sicilianos from Greece.

The European Court has one judge for each of the 47 states that have ratified the European Convention on Human Rights. Judges work in five Sections from which Chambers of seven judges are constituted. The Court then sits as a Grand Chamber of 17 judges.

In the first of a new series of…

Fellow of the American Academy

Though confined at home…