Fellow of the American Academy 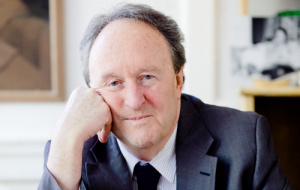 Professor David Soskice, FBA, Emeritus Fellow, has been elected as a Fellow of the American Academy of Arts and Sciences, in the Political Science section. He is the third former Univ PPE Fellow to be recognised with this honour. The other two are Professor John McDowell, Honorary Fellow, and Professor David Wiggins.

Professor Soskice’s latest book, Democracy and Prosperity, written with Professor Torben Iversen was published in 2019. The book argues against the view that democracy is in crisis, suggesting that advanced democracies are resilient and their enduring historical relationship with capitalism has been mutually beneficial.

Professor Soskice is currently Professor of Political Science and Economics at LSE. Professor Soskice taught at Univ as Mynors Fellow from 1967 to 1990. He has been a Visiting Professor at Harvard, Yale, Stanford, Berkeley, Cornell and Duke University. From April 1998 until March 1999 he was a part-time member of the Prime Minister’s Policy Unit at 10 Downing Street. He was President of the European Political Science Association from 2011 to 2013.

Though confined at home…