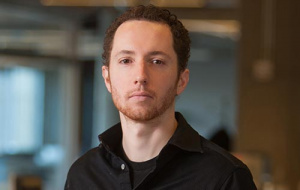 Though confined at home, the five thousand miles between Oxford and Berkeley, California does not seem its usual distance: I am reminded daily of Oxford’s role in combating the Coronavirus due to my involvement in the incredible effort under way at the NHS to use technology to stop the spread of the virus.

It was Oxford’s scientists who ​pioneered the theory ​of using Bluetooth functionality on citizens’ phones to implement “proximity tracing” to other nearby phones in order to later notify those who have been in contact with a person who has contracted the virus. It is proposed that this is an effective way to confidently reopen society by quickly providing quarantining guidance to those who may have been exposed.

To implement t​his solution,​ the NHSX, the digital arm of the NHS, engaged a software development team under my management. I could not be more proud of the team, centered in London, who built the system, which includes the app for Android and Apple phones and the backend functionality for coordination. Rarely have I witnessed such dedication, teamwork and tireless effort, all under the pressure of time. It is obvious that those involved have risen to the occasion, no doubt inspired by the chance to help fight the virus directly.

The software will evolve in the coming months, and much will be learned along the way. I remain honored to be involved in what could become an important tool in the UK’s response to the crisis; it is perhaps the most important software development effort of my career.

Edward Hieatt (1998, BA Mathematics) is an SVP at VMware, Inc, where he is responsible for software consulting​ in its ​ Tanzu​ business unit.

Are you involved?
If you are involved in research or frontline work relating to COVID-19 that you would like to bring to the attention of the Univ community worldwide, please email communications@univ.ox.ac.uk

As a trustee of the Good Faith Foundation…

From cardiology to critical care

I was one of the inaugural…

I was halfway across the world…