Christian Frederick Cole (1851/2-1885) – both the first Sierra Leonean and first Black African to take the Oxford BA – is an elusive historical figure. The sources comprising his own words are one letter and seven pamphlets (of which six survive), and these offer some insight into his opinions on the topics of the time.

Ideas and opinions are formed through, amongst other things, interaction with other people, and so to get to know Cole a bit better this article looks at his Univ career and asks, “Who did Cole know and how was he known?”

Christian Cole, quite literally, wrote himself into the history of Univ when he entered his name into the Register of Admissions on 30 November 1877. Like every entry made in the Register since 1674, it showed, in his own handwriting, the place he was from (Sierra Leone), his father’s profession (a Sierra Leonean clergyman), and his previous education (“B.A.”). Cole had matriculated into the University in 1873 and took his degree “non abscriptus”, in other words as an unattached student through a scheme set up in 1868 to offer an affordable way to study at the University.

Cole already had a BA and was admitted to Univ as neither a student nor a fellow. This was (and remains) unusual as normally a student would have migrated during their studies. But it came about largely through the contacts and social network he had managed to build up since his arrival in Oxford in 1873.

According to a letter published in the 1877-78 Annual Report of the Unattached Students’ Delegacy, Cole had lost his sources of income, and struggled to keep up with paying the costs of his degree. The letter was an appeal, made on Cole’s behalf, for financial support.

Two of the letter’s signatories were George Bradley, the Master of Univ, and Herbert Gladstone (m. 1872), the son of the several-times prime minister, and, by 1877, a fellow of Keble College. These were impressive names to have for a testimonial letter.

Unattached students did not normally have access to college teaching, but a few college dons allowed unattached students to attend their lectures. One of these was George Bradley, whose lectures on Latin prose, Sophocles, and Cicero were possibly attended by Cole. In any case, Bradley paid Cole’s College dues in 1877/8 and 1878/9.

No doubt a college affiliation was a way to help Cole get back on his feet. Univ also became a point of reference for Cole on his network of personal contacts and acquaintances that cut across the various spheres of his life.

The two most prominent in Oxford were missionaries and the Oxford Union. 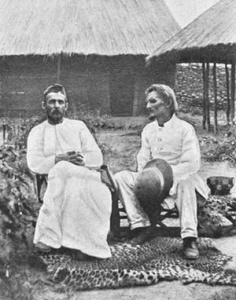 Religion and missionaries shaped and influenced Cole’s life and, through the networks they offered, enabled him to come to Britain in the first place. He knew the Bible well and was a churchgoer throughout his life. He had been educated in Church Missionary Society institutions established in Sierra Leone, and it was probably people from the missionary world who championed his intellectual abilities and acted as the influential contacts needed to get into Oxford.

It is unsurprising, then, that in Oxford the missionary world provided a network for Cole. As an undergraduate, he was the unattached students’ representative on the Oxford committee of the Universities’ Mission to Central Africa (UMCA). He also gave talks about missions in Sierra Leone including one in 1877 at St Mary Magdalene, Woodstock. Univ was a nexus on this missionary network at Oxford, and two Univites, William Percival Johnson (m. 1872) and Chauncey Maples (m. 1871) were active in the missionary world both during and after their time at Univ. 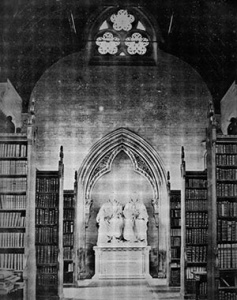 When Johnson and Maples were undergraduates they were both enthused after a visit made to Oxford in 1874 by Edward Steere, the UMCA bishop of Central Africa, and subsequently became missionaries in Central Africa. It’s almost certain that Cole knew both Maples and Johnson as all three were on the UMCA undergraduate committee in 1875.

One of the places where Cole was most active during his Univ years was the Oxford Union. He had joined in 1874, but it was only in the period 1877-9 that he spoke in debates. Because of his membership of Univ his name could appear on the Union boards with “University” next to it.

Cole made at least six appearances as a speaker in debates, and often alongside Univ men. With John Sargeaunt (m. 1876), the Union’s Librarian and a gifted Classicist who went on to have a distinguished career teaching at Westminster School, Cole supported a motion for Indian self-rule, while alongside Theodore Hubbard (m. 1877) he spoke against a motion that the British Empire should be replaced with a federal union of self-governing states that would be united by a common imperial parliament.

We don’t know the points Cole raised in these debates because the proceedings of the Union only ever recorded the motion, the speakers, and outcome of the division vote. But Cole didn’t just go to the Union to speak. The “Strangers’ Book” – the register used to record visitors brought to the Union by members – reveals another grouping of associates in Cole’s personal network.

One of these was William Reeves, a friend from undergraduate days, whom Cole took to the Union on 2 September 1878. Reeves was a proper Oxford local: he grew up on the Cowley Road, was the son of a newspaper reporter, been a chorister at New College, and then entered the University as an unattached undergraduate student.

Another of Cole’s guests was Edward Blyden (1832-1912) a name that will be familiar to students of the histories of West Africa and the Pan-African Movement. At the time Blyden was Liberian ambassador to the Court of St James’, a correspondent with W.E. Gladstone, and a prominent figure both in West Africa and amongst Africans in the diaspora. Blyden knew the Cole family in Sierra Leone – he had taught Arabic to Nicholas, Christian’s older brother.

There were other reasons why Cole might have been entertaining Blyden. In his writings Blyden expressed a vision of building unity between Africans in the diaspora and as a statesmen promoted the interests of Africa within world affairs.

Cole showed his admiration for Blyden and his philosophy by making Blyden the dedicatee of one of the pamphlets he published in 1879. That pamphlet criticised a popular novel about Oxford life in which there were passages making derogatory and racist remarks about Africans. The other pamphlet, Reflections on the Zulu War, presented a polemical poem attacking the 1879 British campaign against the Zulu Kingdom. The war was a contentious topic in England throughout 1879 and had been debated at the Union on 27 February. Given his interest in the topic, Cole probably watched this debate.

In 1879 Cole moved to London where he lived on Cursitor Street, incidentally the same street that John Scott, 1st Earl of Eldon (m. 1766) had once lived. Cole would have seen Scott’s statue in Univ’s Library from which he used to borrow books. It was from London that Cole published his two pamphlets, although they were also distributed in Oxford. He seemed interested in the public reaction there. Writing to an Oxford acquaintance in September 1879, Cole asked, “How are my pamphlets getting on?”

He received an answer to his question when he returned to Oxford the next month to speak in a debate on 30th October. In the line-up of speakers was another Univ man, Charles Marson (m. 1878), whose post-university career involved working as a clergyman in some of the poorest parts of London and, later, gathering and editing English folk songs with Cecil Sharp. This was Cole’s last recorded appearance in a debate at the Union. In December 1879, the Union minutes noted that Cole had been fined £1 for “placing on the boards of the Society a motion, without appearing to move the same himself, or in his absence, appointing a proxy to do so.”

Meanwhile, his two pamphlets received a scathing review in the 6th November 1879 edition of the Oxford and Cambridge Undergraduates’ Journal which also published a denunciatory letter from J. Renner Maxwell, another Sierra Leonean studying at Oxford (you can read about this exchange in articles on the Univ website and in the Oxford Dictionary of National Biography entry for Cole, available online). The Journal also ran a report on the 30th October debate. Rather than referring to Cole by name, the report used racist sobriquets to make toxic references to Cole. After that, Cole does not appear to have returned to Oxford. But then would he have wanted to?

Nonetheless, Cole did not entirely leave his Oxford networks. While he didn’t ever become a missionary or take holy orders, he continued to be associated with the missionary enterprise for the rest of his life. His final months were spent in Zanzibar, where his social circle was made up of UMCA friends and acquaintances from Oxford days.

It was these friends who sent back to England the first reports of Cole’s tragic death from smallpox in December 1885. 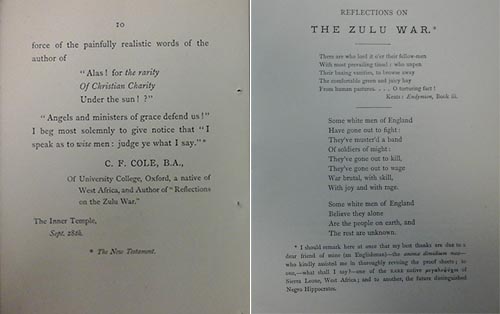 Pages from the two pamphlets published by Cole in 1879

Drawing together some of the threads on Cole’s social network reveals that he was in a group of personalities that included current and future statesmen, missionaries, dons, and fellow students who pursued a variety of careers after university. In these circles Cole found himself on the receiving end of attitudes to race that ranged from inclusivity to hostility and intolerance. At times he found himself amongst progressive liberals and people with a strong sense of Christian socialism; at others, he was the target of racial prejudice and abuse. 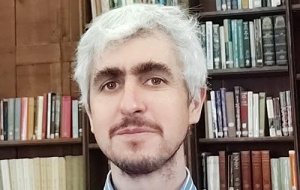 The ideas he expressed in his writings were shaped through these various types of interactions which revealed to him Britons’ attitudes towards the imperial world and those who came from it. Cole had been on the receiving end of these attitudes and challenged them by inserting the voice of his experience into the long conversation about Britain’s imperial legacy.