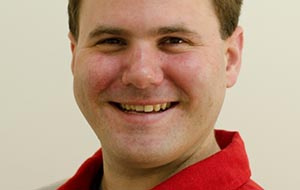 A team of doctors and scientists from the University of Oxford, led by Univ Supernumerary Fellow Dr Thomas Smith, have tested a tissue oxygen monitor in microgravity for the first time.

The team studied a new portable monitoring device on special test flights in which an aircraft carries out a series of steep climbs and dives called parabolas. Each parabola provides a short period of microgravity, just like the weightlessness astronauts experience in space. Unfortunately parabolic flights can also lead to motion sickness, and the aircraft is nicknamed the vomit comet. The study was conducted in Houston, USA, in collaboration with NASA.

Dr Thomas G. Smith is a clinician-scientist specialising in critical care and aerospace medicine. He graduated from medicine at the University of Adelaide, Australia, and completed his doctorate at the University of Oxford under a Rhodes Scholarship. He has undertaken training in aerospace medicine at NASA’s Kennedy Space Center, Cape Canaveral, USA, under a Churchill Fellowship. He is based in the Nuffield Division of Anaesthetics at the John Radcliffe Hospital.