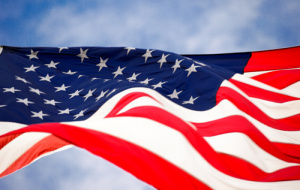 Founded by a 1953 Act of Parliament, and named in honour of US Secretary of State George C Marshall, Marshall Scholarships commemorate the humane ideals of the Marshall Plan and express the continuing gratitude of the British people to their American counterparts. Marshall Scholarships are mainly funded by the Foreign and Commonwealth Office and are overseen by the Marshall Aid Commemoration Commission. The Scholarships are open only to US citizens wishing to study at UK institutions. There are currently 40 Scholarships which provide a minimum of two years of postgraduate funding and in the cases of a DPhil candidate a third year of funding.

Under the new arrangement, the College and the Commission have agreed to co-fund new Scholars with the Commission covering the Scholars’ full maintenance and travel costs, while the College will annually meet the Scholars’ tuition and fees for their selected course. Donations from former Marshall Scholars and other interested benefactors will be warmly welcomed to support these new Scholars and the new arrangement with the Marshall Commission.

If you would like to discuss making a potential gift towards postgraduate scholarships and support, please contact Liza.Roure@univ.ox.ac.uk – Thank you.