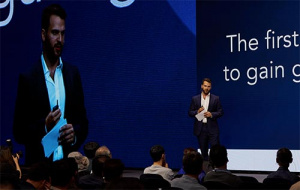 I was drawn to University College, Oxford University, by its long history and commitment to its students. Over three wonderful years, I learned much and built relationships – sometimes unexpectedly – that have enriched my life at every stage. As a window into Univ’s broad impact, I’d like to give several examples of how I have been inspired by my time at Univ – drawing on the spirit of openness and intellectual curiosity that the College cultivated in me and in all of its students and alumni. 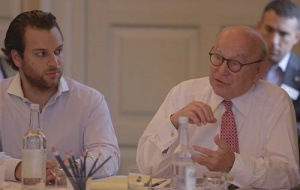 This began even whilst I was an undergraduate volunteering for the College’s charity telethon campaign. In between calls, I met a distinguished businessman, Paul Chellgren, who was the former Chairman and CEO of Ashland Inc. After leaving the College in the 1960s, Paul established and ran for four decades the American Friends of University College Oxford, which has raised over £20 million in donations for the College. Paul inspired me to continue my relationship with the College after graduating, whilst advising me as I began to make my way in the business world. Paul became my mentor. 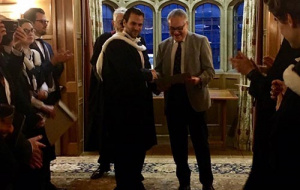 After graduating, my career was often inspired by relationships that often trace themselves back in one way or another to Univ.

After Oxford I worked in investment banking (Mergers & Acquisitions) in London at Lehman Brothers, obtained my Master’s in Management degree at Cambridge University, and then worked at a specialist Mergers & Acquisitions bank. Aged 24, I decided to set up my first company, which helped American industrial corporations to expand into Europe. My company began by working with the largest USA manufacturer of railcars and inland barges to grow internationally. I arranged a meeting with the company’s senior management in Tennessee to negotiate a long-term distribution and representation contract. Two weeks before my meeting, I met Paul Chellgren in London and updated him on my new company’s developments. I was thrilled when Paul kindly offered to join me for my meetings in Tennessee to offer his guidance. His presence at those meetings helped tremendously and he has remained a close friend.

Working in the industrial sector meant that I soon became aware of a variety of compelling opportunities. For example, in 2013, I learned that the UK Government reviewed the reasons behind the road salt shortage of the “Big Freeze of 2010”, where councils were unable to keep the country’s roads safe from snow. The Government decided to build the largest salt storage facility in the country’s history. I bid for the construction work and won it. It was a highly successful project for us and for the Department for Transport, and it kept salt available for snow emergencies. 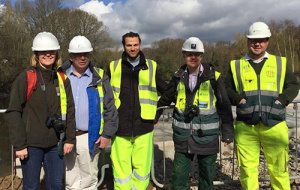 At our site in Hampstead Heath

My company soon became known for innovative and practical solutions. In 2015 I found out that the natural environment at London’s Hampstead Heath around the pond was under threat from planned construction. I connected with my creative architect, and together we pitched our concept to the City of London Corporation, which governed the Heath. Our innovative idea was to have the construction carried out in a prefabricated method in a factory, and then install the buildings on site. This would reduce the disruption period at Hampstead Heath from 8 weeks down to only 1 week. We were delighted to win the contract and I am very proud of our work there. 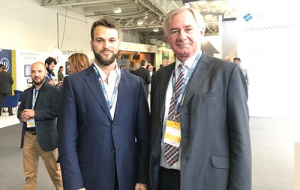 In 2016 I met a world-renowned expert in cyber security, Univ’s Professor Bill Roscoe. Professor Roscoe was the former Head of Oxford University’s Computer Science Department and I met him at a fundraising weekend for the College. After a number of fascinating conversations we decided to start a cyber security firm, Cydefence. The company helps companies to defend against the growing threats from cyber attacks. In 2018 the former Secretary of State for Defence, Rt Hon. Geoff Hoon, joined Cydefence as the company’s Director and Head of Sales.

Looking ahead, I am committed to securing the future of Univ – where, and because of which, I have learned so much.

Isaac Livne (2005, Oriental Studies) is the founder of several businesses, including a leading cybersecurity company and a national construction firm. He began his career in London in investment banking (mergers and acquisitions), advising CEOs on corporate development and business strategy. Isaac obtained his undergraduate degree at University College, Oxford University, and his Master’s degree at St Edmund’s College, Cambridge University. He is a Freeman of the City of London. He also sits on a number of non-profit boards, including the City of London School’s alumni board and Oxford’s Young Univ committee.