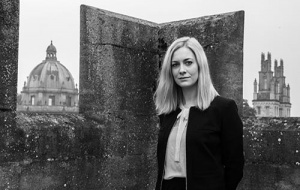 Lucy Fisher is defence correspondent at The Times, having previously worked as their chief political correspondent. Lucy reported on politics for The Times, the Observer and the New Statesman after she won Anthony Howard Award in 2013. She is the author of Emily Wilding Davison: The Suffragette Who Died For Women’s Rights. She studied Classics at Univ where she was a Roger Short scholar and choral exhibitioner.

Why did you choose to study Classics?
Homer, Euripides, Plato and Cicero seized my imagination at school. The violence, wonder and romance of the ancient world was enchanting and I leapt at the opportunity to spend four years cultivating my interest. Oxford’s “Literae Humaniores” course is the preeminent Classics undergraduate degree and the University boasts many of the world’s best professors in the subject. I also appreciated that the Oxford course places a greater emphasis on language than some other institutions. While I knew trying to improve my A Level Greek and Latin with rote learning and composition would not always be a breeze, I felt it was key to understanding Ancient Greece and Rome on their own terms as far as possible. 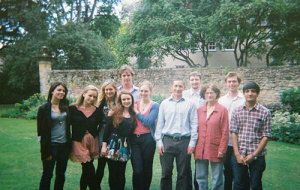 How do you think you changed from the first moment you stepped through Univ’s doors to your graduation?
I evolved enormously during my time at Univ, becoming better read, emotionally more mature, politically engaged, more independent and armed with a deeper awareness of others’ feelings and backgrounds. I also learnt what I wouldn’t ever become: a rower, cook or diplomat.

How did your time at Univ contribute to where you are now?
It nurtured my sense of curiosity and broadened my horizons. I realised pretty quickly that I would need to find a job where I could continue to learn about new things and explore the world. For me, that meant current affairs journalism. Fantastic tutors and tutorials also helped me develop intellectual self-confidence, which you need buckets of as a reporter and commentator. Contextualising events, analysing developments and building coherent arguments, whether in print or on broadcast, is at the heart of what I do. 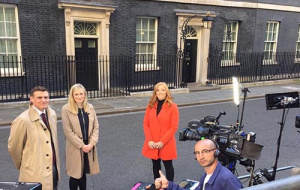 What has been your most challenging professional moment?
A midnight phone call from two furious government spin-doctors screaming about a front-page scoop early in my career took me aback. They didn’t dispute the truth of the article, but were maddened that it had leaked, not least as the story had consequences for UK-US relations. I suspected they were also trying to wheedle out my sources, perhaps hoping that because I was young I’d crack and give something away. Quivering, I stood my ground, but the episode made me realise I needed thicker skin. A useful early lesson! Writing for a national newspaper and broadcasting on television and radio attracts salvos of criticism, ranging from accusations of political bias to deeply personal swipes about appearance. I’ve learnt not to pay it much attention. 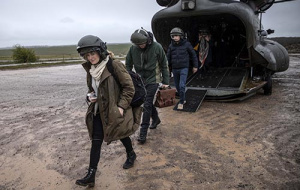 How do you find working as a defence correspondent differs from being a political correspondent?
While defence is a very Whitehall-centric story at the moment, the two roles differ significantly. As chief political correspondent, I was part of a large and elite team. I was learning a huge amount from the political editor and other senior colleagues, but eventually got to the stage where I felt that to continue developing I needed to spend some time presiding over my own beat and making the final judgement calls on stories. When the defence job came up, I threw everything at it and was delighted to clinch it. It has a more geopolitical focus, and I love the travel that comes with it. I’ve reported from Afghanistan, Ukraine, Israel and the Arctic Circle in recent months. 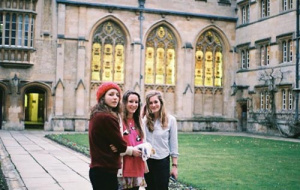 Do you have any advice for aspiring journalists?
Work hard, go the extra mile to impress potential future bosses and hang on in. It isn’t easy to catch a first break in journalism. I worked as a private tutor in the evenings and at weekends to fund myself at the beginning while I did unpaid work experience. It was annoying being skint, but I was determined. I met a lot of other young folk on the circuit in those first days and will say this: many got fed up and diverted to other, more stable careers, but all those who stuck it out had, like me, founding rewarding work within a couple of years.

What does 40 years of women at Univ mean to you?
By the time I arrived at Univ, it was already a great place to be a female student. So I feel gratitude, as well as great admiration, for the pioneering early women of the College and the great contribution to public life many of them have made. Long may it continue.