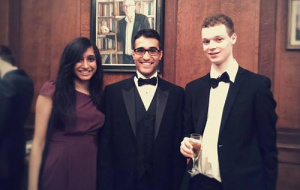 I’ve never been someone who knew what they wanted to be “when they grew up” and during my time at school and Oxford I had no idea what my ideal job is (and maybe I still don’t!) I decided I wanted to study both Politics and Economics at University because I liked Maths (but not Science) and enjoyed learning about the world and arguing my case. Growing up attending a large London comprehensive, Oxford wasn’t something I’d ever considered. But after my history teacher mentioned that I had the grades to apply, I couldn’t see a reason not to give it a go – so I applied to study PPE at Univ.

I didn’t know much about the Oxford colleges, but chose Univ because it was medium sized and had a central location and I had read somewhere that it was meant to be one of the friendliest colleges around. The trip to Oxford for my interview was a two-day affair, which gave me a feel for what it would be like to live at Univ. I was particularly struck by the Hogwarts-like architecture and yummy food served at the Buttery. Despite the nerves, I enjoyed my two interviews with a couple of my incredibly friendly tutors-to-be. This experience meant that when I was offered a place, I felt overwhelmingly excited to begin my undergraduate degree. 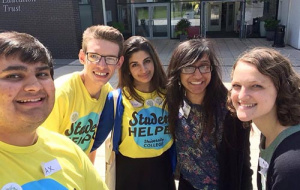 My first term at Oxford was a steep learning curve academically, but I quickly got into my groove, adhering to the “work hard, play hard” mantra that Oxonians often use. Despite the breadth of knowledge I gained studying PPE, it sometimes felt like I learnt more outside my degree, debating all topics under the sun with friends, often well into the night. 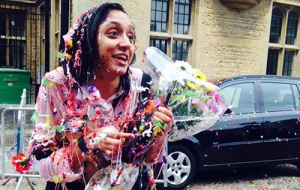 After prelims, I dropped Philosophy, the more abstract of the three subjects I studied, and immersed myself in the extra curricular opportunities Oxford had to offer. This included joining the organising committee of the charity RAG ball, joining the Vegan society, taking part in a Student Consultancy project and even trying out rowing. One of the things I enjoyed the most however was becoming a Univ Access Ambassador, helping out on open days and travelling across the country on a roadshow, to encourage more people like me, and of all backgrounds to apply to Oxford. Overall, I have so many uniquely Oxford memories from my three years that I cherish – including matriculation, “being trashed” and attending the grand Univ ball. 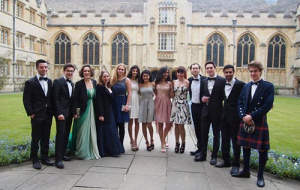 I didn’t apply for a graduate scheme whilst in my final year, unlike some of my peers, deciding that it was okay if I didn’t know exactly what I wanted to do when I left University. What I had decided was that I wanted a job in the charity sector, where I could work on projects that were tackling important issues in society. After spending a few months in India on a teaching programme with the British Council, I got an internship in the Economics team of a think tank, the Royal Society of Arts. I learnt a lot during my eight months there and the intellectual curiosity of my colleagues and drive for solving problems, matched that of which I’d felt among peers at Oxford.

I am currently in a role at Access – The Foundation for Social Investment, where I’ve enjoyed meeting many interesting charities and social enterprises that work incredibly hard to make the world a better place. Since Oxford, I have also been fortunate enough to become a director of a small social enterprise, Life After Hummus which does amazing work in London to reduce health inequalities, food wastage and social isolation.

I have been extremely lucky that my work hasn’t been too adversely affected (besides the typical working from home woes), and have recently been offered a new role at the EIRIS Foundation, where I’ll be doing advocacy work to encourage large charities and foundations to invest their money ethically. Whilst I look forward to my new role, and whatever my career might have to offer, I am forever grateful for the three formative years I spent studying PPE at Oxford.

Hetal Jani (2013, BA PPE) is Operations and Programmes Officer at Access – The Foundation for Social Investment. Prior to Univ, she attended Claremont High School secondary school and sixth form in Brent, London.