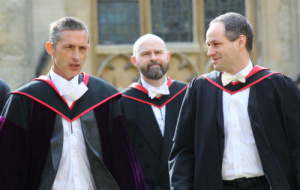 Every year, three colleges of the University take their turn each to elect a member of Congregation as a senior officer and trustee of the University with a role to contribute to the institution’s business at the highest level. Two colleges each elect a Proctor, the third the Assessor; together, their roles focus on scrutiny of governance and decision-making. 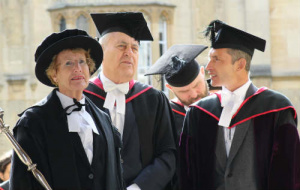 Fellows of Univ have regularly taken their turn at holding these important posts. The last time this happened was in 2004, when John Wheater was Senior Proctor. Before that date it was Martin Matthews, who was Junior Proctor in 1992. Our last Assessor, though, was Michael Collins, who held that post back in 1980. In fact, Professor Collins is the only Univ Assessor before Professor Allen, because the Assessorship was created as recently as 1960. On the other hand, the post of Proctor goes right back to the earliest days of the university, and the earliest known holder of the post from Univ was Roger de Aswardby in 1350.