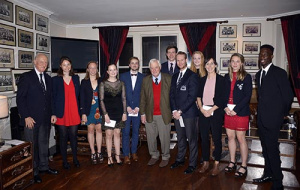 Rachel Wheatley (2016, DPhil Plant Sciences) has been given the Vincent’s William S. Broadbent Jnr. Scholarship. She made her GB debut at the European Open in Glasgow this month, only two weeks after handing in the first draft of her DPhil thesis! She is also a Junior Dean at Univ.

Last year she was named Sportswoman of the Year at the University Sports Awards in recognition of her achievements in judo and boxing. She has been awarded British Universities & Colleges Sport (BUCS) judo championship medals for Oxford every year she has competed, and won more than 30 fights last year.

Rachel also excels in boxing, having won silver at the 2017 BUCS boxing championships and is currently OUABC’s co-Women’s captain. She holds full Blues in judo and boxing. 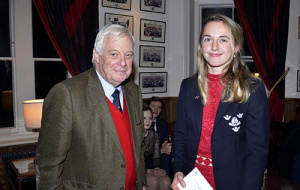 Rachel was recently featured in the Judo European Open magazine and said of her experience juggling sport with her DPhil:

“[It is] very busy but very enjoyable. I have to juggle work with judo, boxing, teaching second and third year biology undergraduates and a Junior Deanship at one of the colleges, so there can end up being some pretty long days but doing sport at university has certainly made my experience 100X better for sure. Oxford has also been very supportive with sports scholarships and performance schemes. I absolutely love my DPhil research and training… so feel really lucky to be able to do them both.” 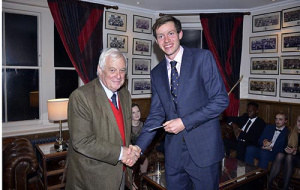 Tobermory Mackay-Champion (2016, Earth Sciences) was nominated for Sportsman of the Year and has been given the Mark Lawrence Vincent’s Scholarship for his outstanding swimming success. At the British Championships in Edinburgh this year he won bronze in the 200m breaststroke.

Last December, Tobermory competed in the National Winter Championships in Sheffield, coming first in the 100m breaststroke B final and third in the 200m breaststroke A final. He was awarded a full Blue in 2017.

Tobermory has set new Oxford University records for the 100m breaststroke and 200 metres individual medley. He is also part of Scotland’s Senior Silver Squad. He won the best performance award at the 2018 Varsity Swimming Championships.

Tobermory commented on the gruelling training regime he combines with his academic work:

“It’s 0445 on a Monday, and I am consuming a large breakfast to fuel a 2 hours swim before the start of lectures at 9am. The week holds 16 more hours of swimming, half of which are before 8am, and 4 hours of weights and CV training in the gym.

I am now in my third year of juggling academics and sport. Although it was initially a bit daunting, I have come to hugely enjoy the contrast my sport provides to the academic requirements of an Earth Sciences degree. I won a silver medal in the Men’s 200m breaststroke at the British Summer Championships last August, and I am honoured to have been awarded the Mark Lawrence Vincent’s Scholarship this year. The award will help me manage the financial requirements of swimming at an elite level, which include travel in Britain and abroad, as well as general training, nutrition and equipment needs.”