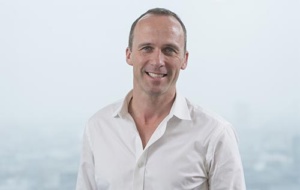 In the latest of this series we invited some of Univ’s entrepreneurs to talk about what inspires them and how they got started on their entrepreneurial journey.

Three years after I left Univ, after a spell at McKinsey, I realised that if I didn’t take the plunge and start my own business now, at 24, I probably never would. I teamed up with a school-friend, Marcus Waley-Cohen, to develop a “natural energy drink” – we wanted it to be as effective as an energy drink, but without the sugar and chemicals. We researched every type of natural medicine, doing lots of mini-experiments to test fanciful claims, and ended up working with the UK’s two leading medical herbalists. It took nearly a year to finalise the formulae, design the bottles, source the ingredients and persuade a bottler to make our first batch. And we called it Firefly – a generous London brewer gave us the trademark.

Our big break was getting listed in Harvey Nichols’ Food Hall – in 2003 it was the trend-setter establishment in high-end food and drink – and when the drinks sold well there, other stockists quickly followed. Before long we were getting requests from France, Denmark, Sweden, even Japan, to distribute Firefly across the world. In hindsight, we probably should have held off expanding internationally before we’d really cracked the UK (the foreign label regulations were a huge headache and hampered our ability to innovate) but it was exciting being sold in all these places we’d never visited.

By 2007 we were selling millions of bottles in 35 countries and starting to get interest from beverage giants interested in buying the company. (We said thank you but no.) Then the 2008 financial crisis hit. Suddenly people were in money-saving mode and many of our stockists didn’t survive, or trimmed their drinks range to a few mainstream (cheaper) brands. We had to trim costs fast, so we halved the team and I stepped away from the business. My business partner nursed Firefly back to growth, before selling the business to Private Equity in 2011. I had a lucky break and got a job in venture capital.

I still feel those first couple of years of building the business were the most alive I’ve ever felt in my career. I realised that the corporate ladder hypnotises you into thinking there’s only one path to success – and that you’re in a race against your peers; but when you step off it, you realise that true happiness and fulfilment come from defining your own life goals. It’s probably no coincidence that I came out the same year we launched Firefly.

So, if you can’t get a business idea out of your head, the timing feels right and you have a co-founder to work on it with (being a solo founder is hard), I always say, take the plunge…