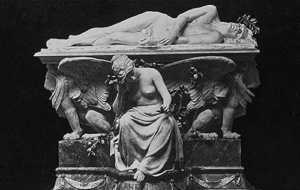 In this latest of a series of features showcasing images from Univ’s history contrasted to their modern photographic equivalents, we take a closer look at something now missing from the Shelley memorial…

Percy Bysshe Shelley came up to Univ in 1810, and was expelled the following year for, as the College Register of the time put it, “contumaciously refusing to answer questions proposed to [him], and for also repeatedly declining to disavow a publication entituled The Necessity of Atheism”.

In the later 19th century, Shelley’s daughter-in-law Jane devoted herself to nurturing the poet’s memory and as part of this project, commissioned a grand memorial to be placed in the Protestant cemetery in Rome where Shelly was buried.

Unfortunately the memorial – the work of Edward Onslow Ford, a prominent member of the “New Sculpture Movement” – was too large for the plot, and eventually Lady Shelley proposed that the sculpture might find a home at Univ.

The gift also came with an offer to pay towards an enclosure to house it, which was ultimately designed by Basil Champneys, whose other work in Oxford included the libraries of both Mansfield and Somerville College libraries.

The Shelley Memorial was formally inaugurated in 1893.

Recent restoration work in the 1980s has attempted to recreate the original colour scheme of the memorial, so that it can be seen as its sculptor intended. But what is no longer in evidence is the gilt-bronze laurel wreath on his brow, which can be seen in the photograph on the left, which was taken in the early 20th century.

The laurel was removed in the 1930s after one student prank too many and the fragments that remain now reside in Univ’s archives. 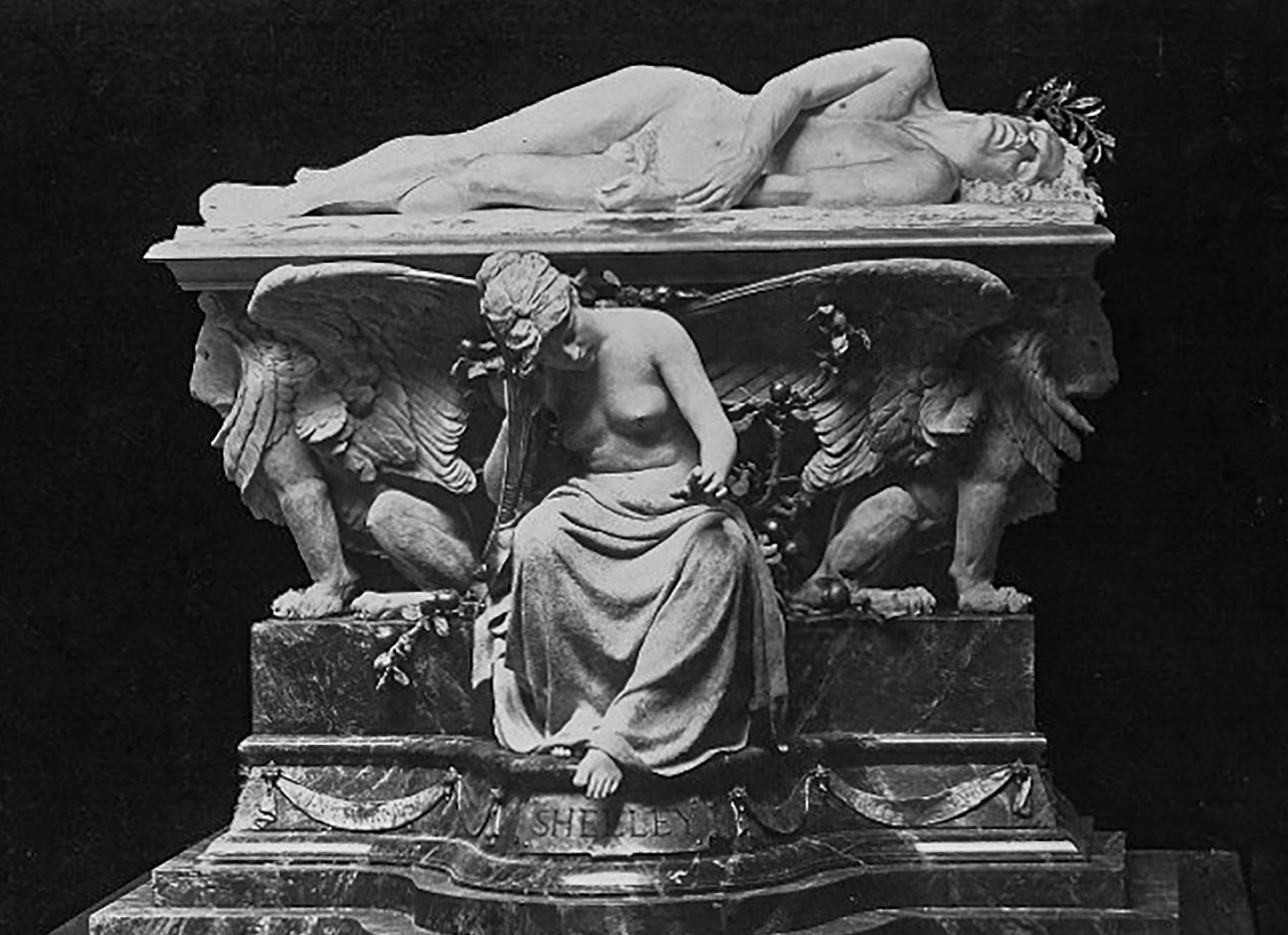 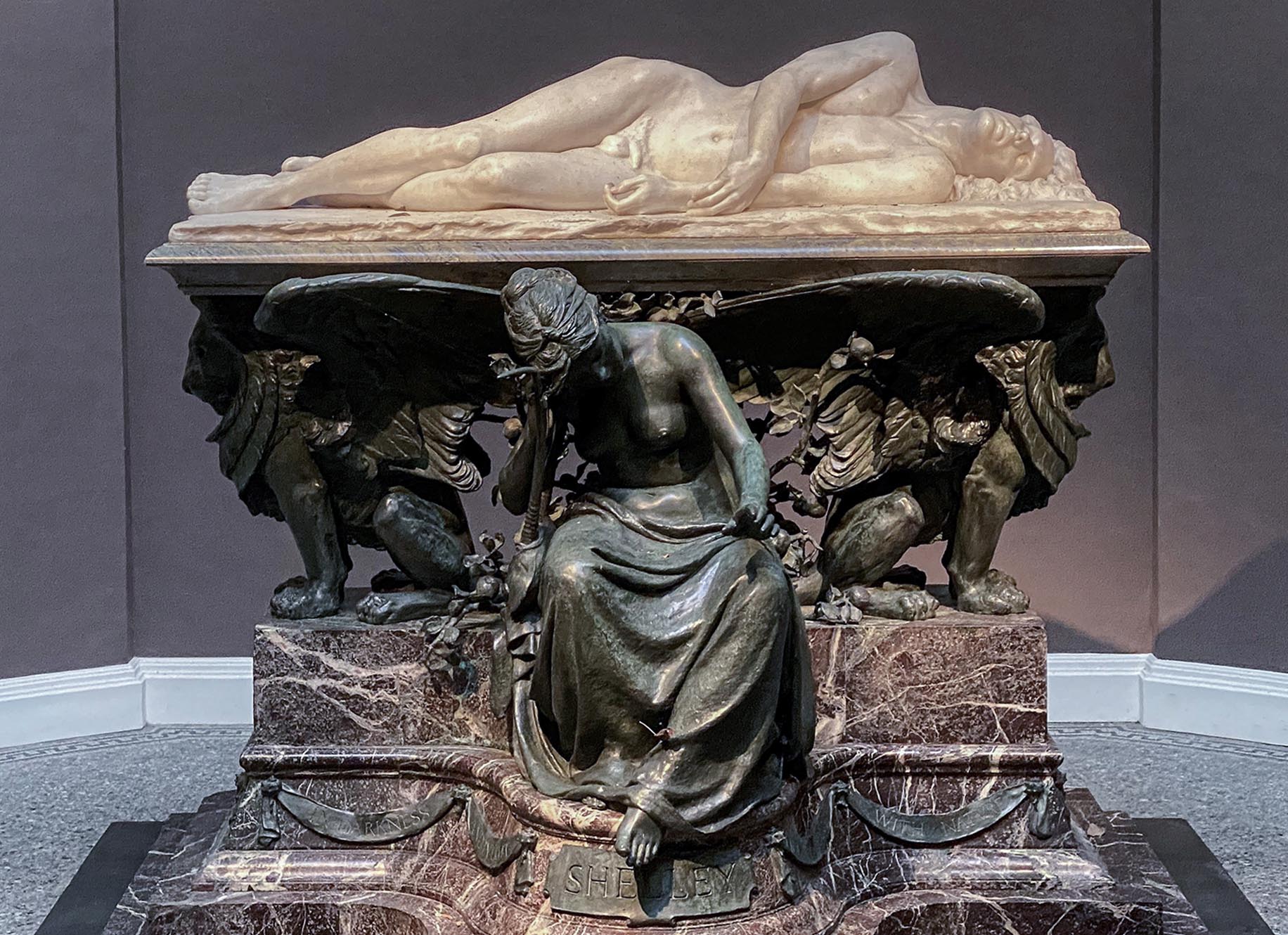