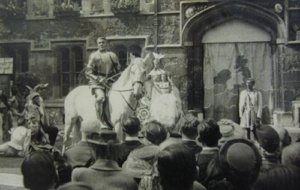 In this latest of a series of features showcasing images from Univ’s history contrasted to their modern photographic equivalents, we explore one of the most unusual episodes in the history of Radcliffe Quad…

Univ’s Radcliffe Quad, built between 1716 and 1719 with a legacy from Dr John Radcliffe (1650–1714), is, today a largely tranquil space with its magnificent tree, glorious wisteria and pleasingly “off square” sides (it’s set on the same axis as our Main Quad, whilst both the High and Logic Lane curve at this point.) It is therefore hard to imagine the scene on 25 May 1948 when the then Princess Elizabeth visited and watched on as a rather unique drama unfolded.

“The Masque of Hope”, performed by the Oxford University Dramatic Society and co-authored by Nevill Coghill (1899-1980) an English Fellow of Exeter College, drew inspiration from the allegorical plays popularised in the sixteenth and seventeenth centuries which were characterised by opulent scenery, costumes and choreography. Given the extravagance it is no surprise that the hand-printed programme included a long list of thanks to local companies who had agreed to lend such unusual props as a flock of pigeons, a horse and a suit of armour – the latter two items seen in our picture.

According to producer Glynne Wickham, the last time that such a spectacle was put on for royalty in Oxford was during Charles I’s visit in August 1636.

One of those in attendance was Allan Blaza (who came up twice to Univ, first in 1943 for the RAF short course, then to read History) who recalls: “It was a spectacular and unique occasion… I regret to say that I remember nothing about the specially commissioned script, but I do recall that one of the cast was Robert Robinson, later to become the well-known broadcaster. I think the exotic Kenneth Tynan also had a part.”

The horse, by way of note, entered College ridden up a specially constructed wooden ramp from the High through the now seldom-opened Radcliffe entrance. 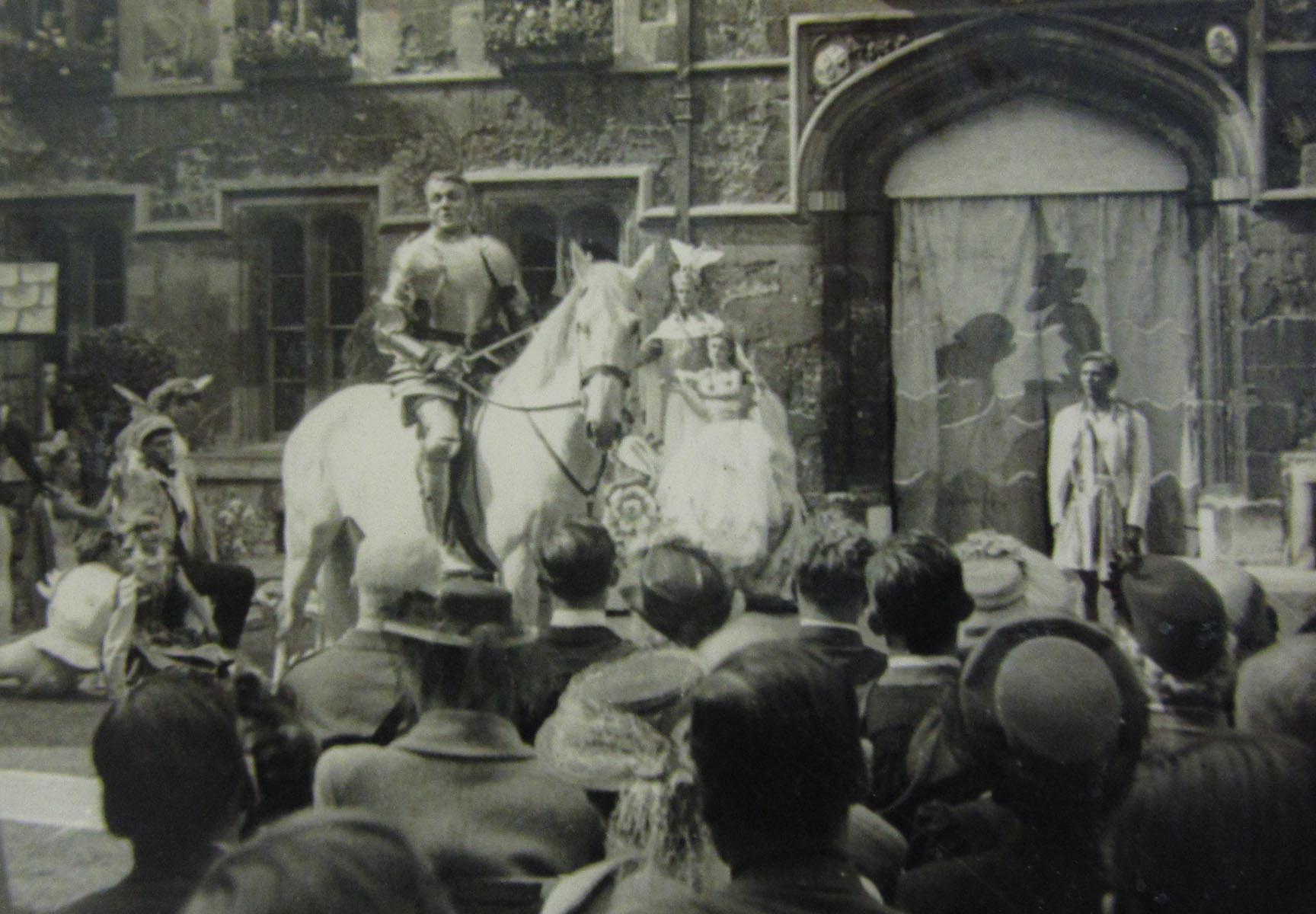 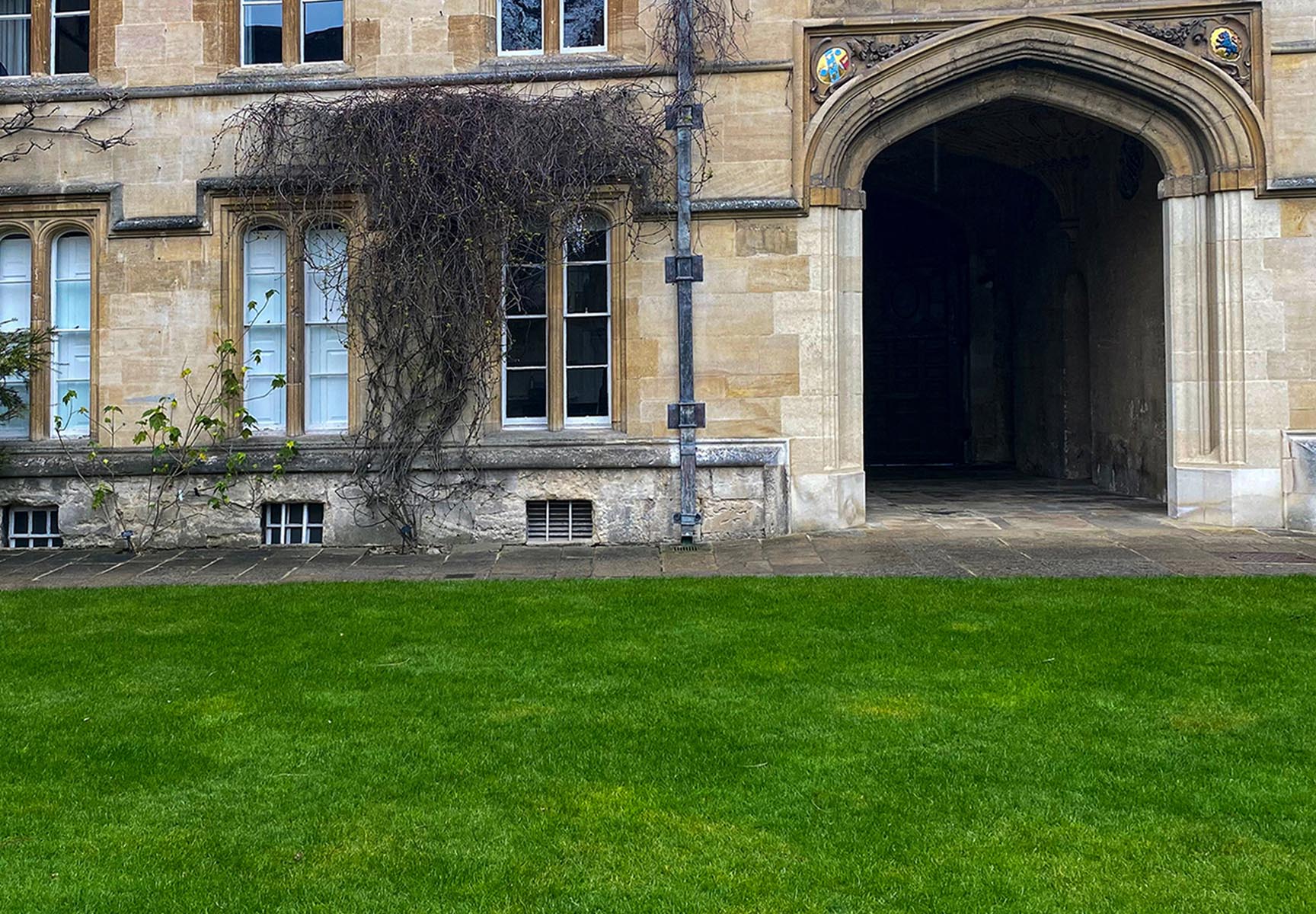