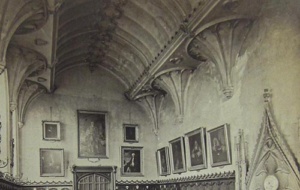 In this latest of a series of features showcasing images from Univ’s history contrasted to their modern photographic equivalents, we encourage everyone in Hall to look up…

Our first photograph, taken in 1860, captures a remarkable moment in the architectural history of our Hall. Back in 1766, the architect Henry Keene had been commissioned by Univ to undertake a complete refurbishment of the Hall, in the latest “Gothick” manner and here we see the flamboyant results.

The original 1650s hammerbeam roof has been completely concealed beneath a plaster ceiling filled with ornate fan vaulting, and a richly decorated fireplace and new panelling have been installed.

The Georgians were delighted with this interior, arguably the earliest substantial example of the Gothic Revival in Oxford, and for a while Univ’s transformed Hall became a popular tourist attraction.

The Victorians, however, hated it. For them, this interior was, in historical terms, wildly inaccurate, and the ceiling was merely ornamental and had no structural use. 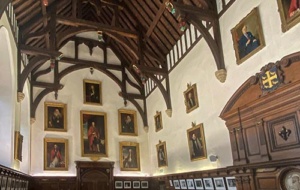 A chance to re-evaluate the Hall came in the early 20th century, when the College decided to lengthen it to the west, beyond the oriel window. Examination of the area above the ceiling showed that the original roof was in reasonable condition, and so it was decided to go back to the 1650s: Keene’s ceiling was removed; the old roof revealed and restored; and the extension built in the style of the 1650s.

At the same time, the 1766 panelling was replaced, and the fireplace covered over. Henry Wilkinson Moore, who designed Kybald House and Durham Buildings, was the architect in charge of the project. 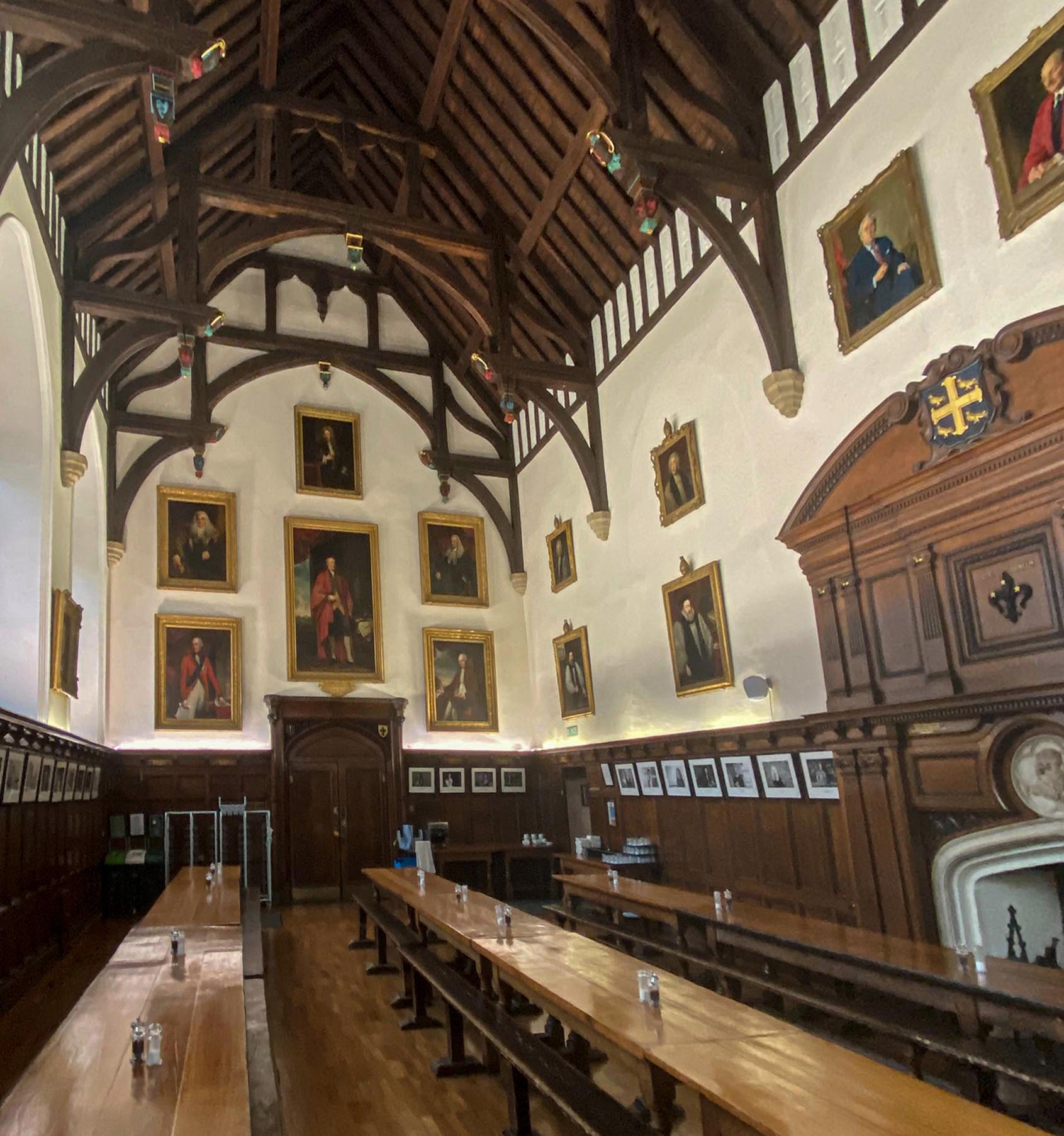