The nature of nonsense 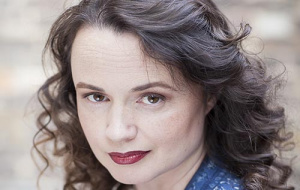 Dr Sara Lodge (1994, English), Senior Lecturer in English at the University of St Andrews, organised an exhibition on Edward Lear (1812-1888), the famous nonsense poet and painter, and a series of concerts of Lear’s music.

Edward Lear is best known as the author of The Owl and the Pussy-cat, but he was also a gifted painter who taught Queen Victoria how to draw. His illustrations of new species were consulted by Charles Darwin and he published 12 settings of his friend, Alfred, Lord Tennyson’s, poems.

Dr Lodge is the curator of the current exhibition at Gilbert White’s House in Selborne. “The Nature of Friendship” focuses on the relationship between Lear and the zoologist Thomas Bell, exploring their collaboration on Bell’s History of British Quadrupeds, which Lear illustrated. Lear also provided characterful lithographs, a type of print, for Bell’s Monograph of the Testudinata.

She has also spearheaded a project to record all the music that Lear wrote or re-worded, musical settings of his songs of which he approved as well as songs he sung in public. Six concerts are planned throughout the UK in 2019, two have already occurred in Edinburgh and St Andrew’s in March.

Dr Lodge commented, “I was introduced to Lear as a very small child: I own an ‘owl and the pussy-cat’ jigsaw and a copy of ‘The Quangle Wangle’s Hat’, both from the 1970s. So I can’t really remember a time when he wasn’t dear to me, part of my literary family circle. Much later, I did my doctorate at University College on an earlier Victorian humorist – who also illustrated his own work – Thomas Hood (1799-1845). Hood was influential on Lear, so I suppose it was natural to move from studying one to the other. I’ve now written a book on Hood and one on Lear.”