In this series we highlight audio and video interviews with, and profiles on, a wide range of Univ OMs. Today we feature Henry Marsh (1969, PPE), Christina Lamb (1983, PPE) and Andrew Motion (1971, English). 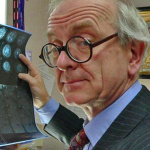 Henry Marsh CBE FRCS (1969, PPE), celebrated neurosurgeon, wrote the acclaimed memoir Do No Harm: Stories of Life, Death and Brain Surgery was published in 2014 as well as its sequel, Admissions: A life in brain surgery, in 2017. In addition to his work in the UK, He has been working in Ukraine since 1992 and his work there was the subject of the BBC Storyville film The English Surgeon. 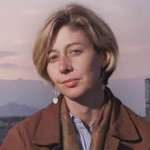 Christina Lamb (1983, PPE), OBE, Honorary Fellow, is chief foreign correspondent at The Sunday Times. She has won over fourteen awards, including four British Press Awards and the European Prix Bayeux-Calvados. She has written eight books, including I am Malala, co-written with Malala Yousafzai, and Our Bodies, Their Battlefield: What War Does to Women (2020).

In BBC Radio 4’s One to One (first broadcast in 2019) presenter Emma Freud talks to Christina Lamb about being a foreign correspondent to discover if she could have achieved her dream of being one too. Listen here. 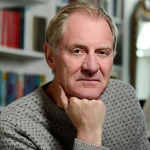 Sir Andrew Motion FRSL (1971, English) is a poet, novelist, and biographer. He was Poet Laureate from 1999 to 2009 and founded the Poetry Archive, an online resource of poems and audio recordings of poets reading their own work.

In this edition of BBC Radio 4’s Ramblings from 2012, Clare Balding is joined by Sir Andrew Motion, to walk around the village of Stisted in Essex. Listen here.