In this series we highlight audio and video interviews with, and profiles on, a wide range of Univ OMs. Today we feature Jennifer Raffoul (2007, PPE), Warren Mitchell (1943, Colonial Service Course) and Emma Tucker (1986, PPE). 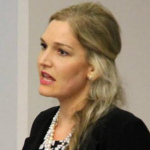 Jennifer Raffoul (2007, PPE) is a Development Economist, Global Shaper with the World Economic Forum, and former Independent (non-partisan) Senator in Trinidad and Tobago.

This short introduction from Jennifer Raffoul as a Member of the Board of Governors of the University of Trinidad and Tobago can be viewed on YouTube here. 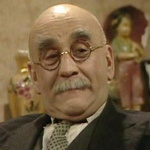 Warren Mitchell (1943, Colonial Service Course) was an English actor. He was a BAFTA TV Award winner and twice a Laurence Olivier Award winner. His roles include Willie Loman in Death of a Salesman and, perhaps his best remembered creation, Alf Garnett from Till Death Us Do Part.

In 1999 he appeared as Sue Lawley’s “castaway” on BBC Radio’s Desert Island Discs, to discuss his eclectic list of must-have music and books. Listen here. 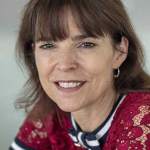 Emma Tucker (1986, PPE) is the editor of The Sunday Times. She was previously Deputy Editor at The Times. She began her career as a graduate trainee at The Financial Times, eventually becoming Editor of the FT Weekend.

In this edition of The Big Interview, from June 2020, Monocle’s editor in chief, Tyler Brûlé, discusses what it’s like to cover a global pandemic, the importance of Sunday journalism and how digital can complement, not replace, print media. Listen here.