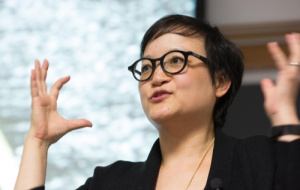 Professor Ruth Chang, Professorial Fellow, is the Chair and Professor of Jurisprudence at the University of Oxford. Before coming to Oxford, she was a professor of philosophy at Rutgers University. Before her life as a philosopher, she worked as a law associate on a (pro bono) death penalty case and several (non pro bono) product liability and medical malpractice cases. She lives part-time in New York and often gives talks to audiences in the U.S.

How did you become an academic?
Inertia. I loved learning as a child and didn’t see any reason to stop and get a “real” job. Being able to lead a life exploring what one is curious about is truly a gift. Sadly, as the years have passed, I’ve noticed that academic life – not just mine – has become burdened with more and more administration and tainted with anti-scholarly pressures, such as to rush to publish before one really understands something or before one has something worthwhile to say. I blame the business model of organisations that has infected the academic administration. I’m old enough to remember when it wasn’t that way. I try my best not to succumb to such pressures.

What are you currently working on?
I’m interested in the “shoulds” and “oughts” of human life. I’m developing two pretty large and radical ideas that could be profoundly correct or just plain nuts. 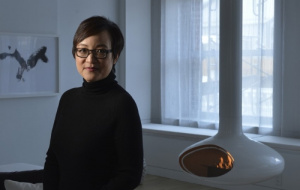 What does a day in your work life involve? How has it changed since the pandemic began?
I have a system for allowing my mind to explore and think about the things that interest me in the interstices of the usual academic activities. The pandemic has done almost nothing to change this. I know I am very lucky in this regard. I have noticed, however, that in the COVID-19 world everything seems to take about 50% longer to accomplish — whether it’s thinking or doing dishes. Actually, the pandemic has done something important. It has given me — and probably most people who can work from home — the opportunity to reevaluate the detritus that normally fills our lives. Maybe in the New World Order we can excise some of that detritus?

Have you faced any challenges in your life that you are happy to share here?
Well, as a woman and a minority person, I’ve had a slew of experiences that I would not wish on anyone. I grew up in a Wonder Bread white neighbourhood in the US, and my family were one of two Asian families in the entire town. When I was nine, my teacher told me to sit at my desk while she called everyone else in the class to file past me to inspect my eyes so they could register that I was “missing a part of my eye”. What he had in mind was that instead of a “normal” eye, I had an epicanthal fold, and wasn’t that interesting? As a teenager out and about, I would regularly experience well-meaning mothers point me out to their toddlers to gawk at the example of “a Chinese”. I grew up with racial taunts as a daily occurrence and even was pelted with stones while racial slurs were hurled my way by a gang of white boys who thought it was funny that all I could do was ignore them. (I actually did more than that, but that is another story). All of this was business as usual. Hence it was not terribly alarming to me when, as a graduate student at Oxford, a homeless man grabbed me, spit on me, and told me to “go back to your own country”. I noticed when I travelled to London — again, this was when I was a graduate student some decades ago — that every non-white person I would pass on the street would give me a slight nod, as if to say, “I see you and I recognise you as having an experience like mine”. 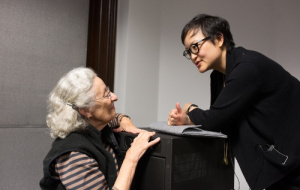 Things have changed dramatically since my graduate days at Oxford. But not completely. Four weeks into my arrival as the Professor of Jurisprudence, a staff member at the Taylorian tried to remove me even though I told her I was a member of Congregation. She just could not believe that a hapless Asian person marvelling at the beauty of the building and wanting to see the library could be anything other than a pesky Asian tourist attempting to invade the inner sanctum. The theme here is one that other minorities, including women, will recognise; it is one of not getting the benefit of the doubt, of always having to overcome that extra little bit of friction in order to go about one’s business in life.

Having said all that, I genuinely believe that a lifetime of such experiences has done me some real, if not all-things-considered, good.

How do you find being a transatlantic academic?
The upsides:
The fun of navigating two cultures, sufficiently different to be interesting.

The downsides:
The “fun” of navigating two cultures, sufficiently different to be “interesting”.
Compression socks. 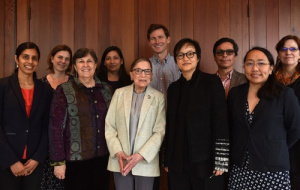 What do you do to relax?
I am an enthusiastic consumer of low-brow sci-fi entertainment. I also find a sense of well-being when attending — really attending — to the beauty of Oxford.

Do you have any advice for students at the moment?
Although data showing the correlation between programmes of study and future wages is readily available to students, students continue to pursue programmes that interest them, even ones that correlate with low future wages. Keep it up!

Describe Univ in three words.
On. The. Move.

You can find out more about Professor Chang here and on her website.