In this series we highlight audio and video interviews with, and profiles on, a wide range of Univ OMs. Today we feature Trisha Greenhalgh (1980, Medicine), Neil Gorsuch (1992, DPhil Law) and CS Lewis (matriculated 1917) 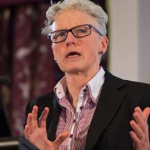 Trisha Greenhalgh (1980, Medicine) is Professor of Primary Care Health Sciences and Fellow of Green Templeton College, and co-Director of the Interdisciplinary Research In Health Sciences (IRIHS) unit. Professor Greenhalgh leads a programme of research at the interface between social sciences and medicine, with a strong emphasis on the organisation and delivery of health services

In this video from primary care research journal BJGP, published in March 2020, Professor Greenhalgh talks about the evidence around video consultations and how the research can help GPs and nurses consult safely and with confidence. 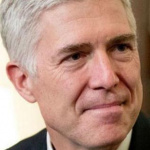 Justice Neil Gorsuch (1992, DPhil Law) was nominated by President Donald J. Trump in January 2017 to the Supreme Court, filling the seat that had become vacant with the death of Justice Antonin Scalia in February 2016.

This edition of BBC Radio 4’s Profile was first broadcast on 4 February, 2017. 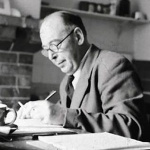 CS Lewis (matriculated 1917) was a British writer and lay theologian, who held academic positions in English literature at Magdalen College, Oxford and Magdalene College, Cambridge. He is best known for his fictional works, particularly The Chronicles of Narnia, as well as his non-fiction Christian apologetics, such as Mere Christianity.