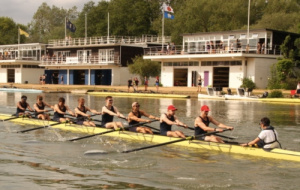 I think it is fair to say that by now, most of us have got used to things being constantly cancelled or not allowed to go ahead in the first place. However, the rowers in Oxford had a chance to experience some long-awaited normality with 7th week bringing dearly missed bumps racing back to the Isis (this year run according to Torpids rules and order). It is the first time in two years we were able to have our beloved regattas back, and it would not be an exaggeration to say it was the event of the term for many of us.

Despite the short training time, UCBC managed to enter six full crews to compete in various divisions on both the men’s and women’s side; we are extremely proud of the achievements of our crews. On the men’s side, M1 managed to go up +2, ending up 12th on the river and thus securing a place in Division 1 for the first time since 1998. M2 and M3 also put out strong performances, going up +1 and +2 respectively.

On the women’s side, W1 bumped 4 times, but at the end went up +6, earning a set of blades and securing a 4th place on the river (which is the second highest place our women ever achieved in Torpids). Likewise, our W2 went up +6, winning a set of blades in the process. Finally, our W3 ended up dropping one place, after a strong performance in a division made up exclusively of second crews. 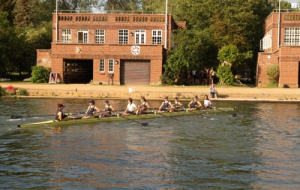 Regardless of the results, all the crews were delighted to be able to race again and many of the novices completely fell for the sport. We are very excited to attend some Summer regattas outside of Oxford (including Henley Women and Henley Royal), and we are already looking forward to bumps racing next year!

Getting ready for Gabriel

Although the full production…

Now is the chance for you…