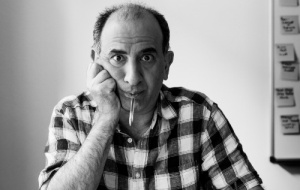 On Thursday 10 June 2021 we held the second Univ in the Arts event for 2021. Prolific performer, writer, director and producer, Armando Iannucci (1982, English) talked Dickens with Jonathan Hourigan (1979, PPE), Head of Screenwriting at the London Film School, discussing adapting Dickens for the big screen and much else besides.

Critically acclaimed and commercially successful across radio, television and film, Armando has blazed a trail in comedy and cutting-edge satire with a range of productions that include The Thick of It, Alan Partridge, The Death of Stalin and Veep, to name but a few. He is a writer and broadcaster who has written, directed, and produced numerous critically acclaimed films, television and radio comedy shows. His screenplay for the film In The Loop was nominated for an Oscar at the Academy Awards. His iconic series for the BBC – The Thick of It – was nominated for 13 BAFTA Awards, winning five during its four series run. Among his own award-winning shows, he is also the co-creator and writer of the popular Steve Coogan character Alan Partridge. His HBO comedy Veep has picked up numerous awards, including four Emmys for Outstanding Comedy Series over the last four years. His film adaptation of Charles Dickens’ The Personal History of David Copperfield was released in January 2020, which that year won Best Screenplay at BIFA, was also nominated for a Golden Globe, and won a “Seal of Distinction” from the US Critics’ Choice Association. In 2017 he published Hear Me Out, a new book on classical music, and released the feature film The Death of Stalin, which was nominated for two BAFTAs and won Best Comedy at the European Film Awards. His latest HBO series, Avenue 5, which stars Hugh Laurie and Josh Gad, aired on Sky in January 2020, and he has now commenced upon writing the second series. 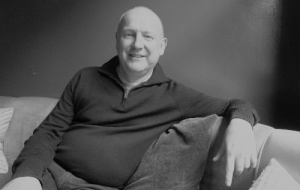 Jonathan Hourigan left Oxford on a sunny Friday afternoon in June 1982, travelled to Paris and started work the following Monday morning, unpaid and with barely a word of French, as fourth assistant to Robert Bresson on his Cannes Prize winning film, L’Argent. He continues to work with Mme Bresson managing Bresson’s legacy. Jonathan is a graduate of the National Film and Television School and a writer, director, script consultant and educator. He is currently the Head of Screenwriting at London Film School, as well as playing the Head of Screenwriting at the fictionalised version of the 1980s National Film School in Joanna Hogg’s films, Souvenir I and II.

The Master in conversation