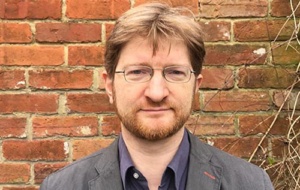 Ben Jackson, Leslie Mitchell Tutorial Fellow in History, has been awarded the title of Professor in the University’s latest Recognition of Distinction exercise.

Professor Jackson is the author of The Case for Scottish Independence: A History of Nationalist Political Thought in Modern Scotland (Cambridge University Press, 2020), an accessible and engaging account of the political thought of Scottish nationalism. The book explores how the arguments for Scottish independence were crafted over some fifty years by intellectuals, politicians and activists, and why these ideas had such a seismic impact on Scottish and British politics in the 2014 independence referendum.

Professor Jackson is a historian of modern Britain, with particular interests in political thought, labour history, and the history of economic and social policy. His current research focuses on the rise of neo-liberalism, especially the international development of free market political and economic ideas between the 1930s and the 1960s; on the history of Thatcherism; and on the history and politics of Scottish nationalism. He is the co-editor of Political Quarterly.

Ben Jackson on Start the Week

Ben Jackson was a guest on BBC Radio 4…