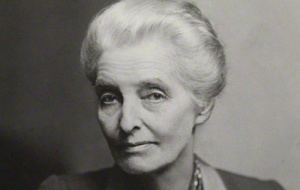 Beatrice Webb was passionate about social reform, joining the Royal Commission in 1905, which investigated how the Poor Law was affecting people’s lives. Beatrice and Sidney Webb founded the New Statesman magazine in 1913 and the London School of Economics and Political Science with George Bernard Shaw and Graham Wallas. The Webbs became disillusioned with the Labour Party and embraced communism, publishing Soviet Communism: A New Civilisation? (later editions drop the question mark) following a visit to Soviet Russia.

Dr Ben Jackson teaches papers on modern British history and the history of political thought. His current research examines the rise of neo-liberalism, especially between the 1930s and 1960s.

You can listen the podcast on the British Academy website.

The College’s project team has held…