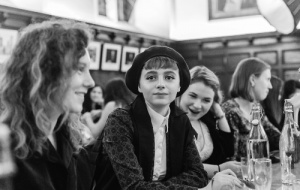 Holly is reading for an MSt in modern English. She performs as the drag king Orlando, taking inspiration from 19th and 20th century literature and history.

Why did you apply for an MSt in English at Oxford?
In the third year of my undergraduate degree, my tutor advised me that I might stick to my deadlines better if I didn’t do so much research for each of my tutorial essays. For the record, I really was doing too much research – he was doing me a favour! That moment, however, became a clear indicator for me that I should pursue postgraduate study. I was itching for the chance to conduct research on a bigger scale, something the Master’s programme here has allowed me to do.

Give your specialist subject pitch.
My research focuses on lesbian and queer coming-of-age narratives in female-authored early twentieth-century fictions of development. Examining the ways in which queer identity affects expected sociocultural trajectories of womanhood, my work studies how this produces alternative developmental narratives.

What does a day in your life look like?
Most days start with a to-do list. I love a to-do list. You can’t go wrong. It holds me accountable, but it also makes research projects a lot more manageable, both on a pragmatic and mental level. During term time I am either in the library or attending a seminar, but I do ensure that I treat my work like a 9-5 job. Research has a tendency of being all-consuming, and I make a conscious effort to spend time away from it. 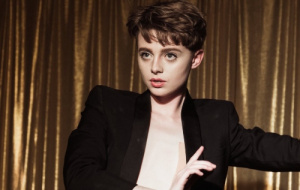 How did Orlando come about? What have you learnt across over three years  of performing?
I didn’t realise it at the time but Orlando was first and foremost a coming-of-age project. I started drag in January of 2017, and by the end of that year, having come out as gay, my life was unrecognisable to the life I’d had before. I’d been searching for an entry point into drag for a while when I watched Sally Potter’s film adaptation of Virginia Woolf’s Orlando (1928). Hearing Jimmy Somerville’s falsetto-gilted song “Coming” at the end of the film was a revelation. I debuted on the Royal Vauxhall Tavern stage with a lip-sync-cum-dance to the song. Choosing to reverse Woolf’s novel, where Woolf’s Orlando begins his life in the reign of Elizabeth I as a teenage boy and ends up as a twentieth-century woman several hundred years later, on stage my Orlando began their life as a woman and ended up as a rather beautiful man. From then onwards, I adopted Orlando as my drag name, and have been performing as a Drag King ever since. The main thing I’ve learnt is to have fun with it. It is drag, after all.

Where do you draw inspiration from?
Books, primarily. I was fascinated by tomboys and dandies growing up, and always felt an affinity towards fictional depictions of female masculinity and feminine men. For me, drag is a really joyous way of recapturing these early inspirations, from that time when I didn’t know who I was, and channeling them into an inherently queer art form. I’ve performed pieces inspired by Oscar Wilde’s The Picture of Dorian Gray (1890), Sarah Water’s Tipping the Velvet (1998), and as a wildcard I’ve even performed as Charles Dickens’s Miss Havisham. There is nothing quite like embodying the mentality of a woman who has sat festering in her wedding dress for decades on end because she was jilted at the altar. 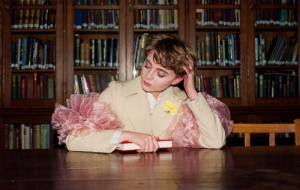 Tell us about “The Art of Being a Dandy” video you presented for Tate.
As part of the Tate Britain Aubrey Beardsley exhibition programme, I presented a video titled “The Art of Being a Dandy” alongside curator and art historian Stephen Calloway. Throughout the video we discuss Aubrey Beardsley, decadence, dandyism, and how I’ve reinterpreted the dandy through Drag King performance. As I state in the video, most if not all popular representations of the dandy are male. On a personal level, therefore, I really cherished the opportunity to highlight how masculinity is being reimagined by individuals who are not male. It was also important for me to represent and hopefully raise the profile of Drag Kings. RuPaul’s Drag Race has undoubtedly brought the work of Drag Queens into mainstream culture, but RuPaul Charles has said in the past that “Drag loses its sense of danger and its sense of irony once it’s not men doing it”. I would like to see this fully reconsidered in the future. Drag is for everyone, and I hope to see more recognition of female, transgender, and non-binary performers in due course.