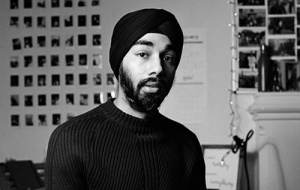 Maninder is in his final year studying Computer Science and Philosophy. He started making videos for the Oxvlog YouTube channel before starting his own channel, ThisisMani, in April 2017. He was previously JCR President, President of the Oxford Finance Society and Treasurer of the Oxford University Sikh Society.

Why did you decide to study Computer Science and Philosophy at Univ?
I guess there are two parts to this answer. First, when it came to choosing to study Computer Science and Philosophy, I knew that I wanted to study something mathematical at university since Maths was always my favourite subject at school. So after doing Computer Science in Year 12, I was pretty convinced that I wanted to learn more about this area of Mathematics. However, a part of me was unwilling to completely bid goodbye to academic reading and writing. So arriving at Oxford for an Open Day and stumbling across the joint degree during department talks left me certain that this was the degree for me. I hadn’t formally studied philosophy before, but, the students on hand assured me that that was the case with the majority of philosophy undergrads – so here I am, four years later, so glad that I chose to study philosophy alongside computer science!

Now, to why I decided to study at Univ. In short, I didn’t. The magical process that is the Oxford Admission system, meant that after applying to Hertford College, I ended up with an Open Offer, which resulted in me getting a place at Univ. But, I wouldn’t change a thing. Univ has become home, and I can’t think of a single other college that I would rather have attended. 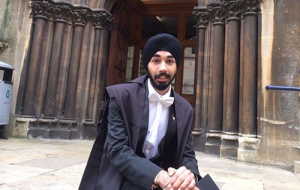 How do think you’ve changed since stepping through Univ’s doors for the first time?
Univ is the kind of place where you’re able to learn more about yourself, who you are and what you’re interested in. Being in an environment that allows for that kind of self-realisation is phenomenal, as it enables you to be the most authentic version of yourself – which it definitely has done for me!

How did you find being JCR President?
Being JCR President was probably the most rewarding thing that I’ve done while being at Univ. It wasn’t something I initially thought that I would do, but, I’m so glad I did. The opportunity to get an insight into not only the running of a college, but also having a hand in shaping the collegiate experience for your fellow JCR members was truly worthwhile. Having developed such a strong bond with the College and my peers early on, it proved to be a chance to contribute and give back to a community that I had felt so welcome in since the day I arrived.

I think that my proudest achievement from that experience was designing and opening the new JCR. It took the efforts of three JCR Committees before me to get that ball rolling, but, it fell under my remit to ensure that their commitments were followed through. After being in the Main Quad for over 120 years, having the chance to completely redesign the room presented an opportunity to influence how people interacted with this new space. And after heaps of surveys, plans and mood-boards, I believe that it’s been a huge success with more people using and working in the JCR than ever before! 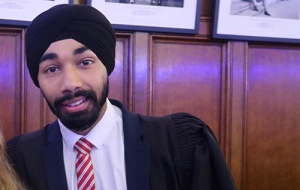 Discuss a time when you failed and how you recovered from it.
In the second half of my first year at Univ, I think I failed myself. I was in a downward-spiral when it came to my work, as not only did I not understand concepts as quickly as I needed to in order to finish weekly work, but I was constantly comparing myself to other people – a common occurrence at Oxford. But in my case, I was truly convinced that I was not meant to be here, that I was some sort of admissions ‘accident’. When you’re used to doing well academically at school – as most Oxford students were before they got here, the idea of struggling isn’t one that many of us are accustomed to know how to deal with. And the worst was, I refused to speak to anyone about it. I didn’t want to tell my friends or tutors, hoping that I co­­­­uld hide it from them, thinking that if I had told them, my ‘cover’ would be blown. I had failed myself because I had lost faith in myself. I was so sure that I wouldn’t have much to add in a tutorial or class, so just stayed quiet in the majority of them – nodding my head in reply to “Did you get how we did that part, Mani?”, even though, I definitely didn’t

Not speaking to someone was the biggest injustice I did to myself. It was only after I built up the courage to speak to my tutor about it, that things became clearer in my head. Although they said no more that I already knew deep down, I needed someone to rationalise things for me. One of the things that struck me most in our conversation was that they told me that even after being here for n years, that they still felt a level of imposter syndrome that they had just learnt to deal with – that was the small price to pay for being at a nearly 1000-year-old institution. It was this realisation, that I was not alone in these struggles, that made me feel more comfortable academically. Since speaking to my tutor, things drastically changed for me. I was so much happier and more comfortable asking questions and being at my own pace with work, that I no longer felt like an imposter. I just wish I had spoken to them earlier. 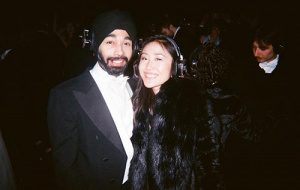 How did you feel when you first picked up the camera for Oxvlog?
So excited! I was one of those applicants that had watched almost every video on the internet about Oxford. So when I got here, I wanted to make sure that I was documenting that experience too! Although it was initially daunting pulling out a camera in the middle of hall or on the walk to a lecture, I think over time I (and those around me) became used to it. The biggest thing that kept me going on the channel was the feedback from young people watching all over the world who had ambitions to apply to Oxford but not a clue about where to begin. I remember being one of those people, so this was the perfect way to give back.

How have your feelings about YouTube changed since you started vlogging?
When I started YouTube, I always saw it as a “one-way street”, it was mostly about imparting knowledge and information to people about what life at Oxford could be like. However, being on YouTube for almost four years now, it’s no longer like that at all. I have gained so much from being a part of it, from giving me a platform to make more of in impact with regards to increasing access to Oxford, to having a small audience that I can discuss my own thoughts and ideas with. The power of having a platform like this was truly materialised recently when a group of us that have YouTube channels, including Oxford and non-Oxford students, came together after the closure of schools amid the Covid-19 outbreak, to form a collaborative channel called “The StudyTube Project”. On this channel we upload daily videos teaching thousands of students across the world a new aspect of a subject area that we’re interested in, ensuring that education continues even while they might not be at school. In just under five days of launching the project, we had over twenty thousand subscribers watching our daily content. Never did I think my small hobby would be able to have an impact in situations like this! 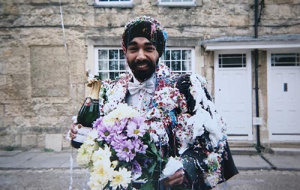 How do you relax when juggling so many things?
My favourite thing about being in Oxford is the sheer number of things that are constantly going on. Wherever you look, there’s always an interesting talk, event or play to go and see. Given the short eight-week terms, the main struggle is just finding the time.

­Juggling academics, society-work and a social life is tiring at best, and results in very impromptu plans most of the time. So it’s often the case that I’ll be in the library at 10pm with no plans to go out, but find myself in the queue for a club at 10:30pm. That’s just the nature of life at Oxford. The thing that I’ve come to learn over my four year­­s here, and probably the think that I love the most about Oxford-life, is that you just have to make the most of the time you have. Don’t think, just do.