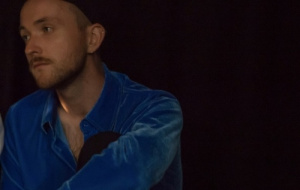 Jack is a Junior Research Fellow in English. His specialism is in American literature and queer studies, and he is currently working on adapting his thesis, on gay cruising and New York poetry, into a book. He has also written for online and print publications such as Poetry London, Literary Hub and Dazed & Confused. His debut poetry pamphlet will be published in August 2020.

What led you to research queer American history?
I don’t think I ever made a conscious decision to specialise in American literature. It was rather that during my English undergraduate degree the poets I read and became most passionate about were American poets, in particular Frank O’Hara, who I wrote my final-year dissertation on. I had only recently come out as gay and so reading O’Hara felt like a life-line, in some way; his harnessing of a nimble and theatrical poetic voice, and his writing about art and love and desire, seemed to offer me a vision of another way to live. It was through O’Hara’s work, initially, that I became interested in the queer American tradition and in the history of New York.

How did you become an academic?
Again, it didn’t feel like a conscious decision at first. I don’t think I decided I wanted to be an academic until I was quite deep into a Master’s project about Walt Whitman, cruising and the gay dating app Grindr, of all things. It was during that Master’s year that I decided to take the ambition more seriously, and I scoped out prospective PhD supervisors at different universities and worked on putting together a strong application. 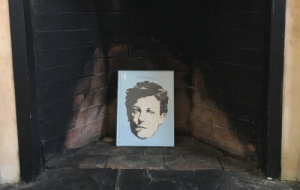 How did you come to Univ?
I came to Univ straight after I finished my PhD in October 2018, having been hired as a Junior Research Fellow in English earlier that year. I am happy to be here and, with the academic job market such as it is, I am very grateful to be given the time and space to work on my research. Univ is a supportive community full of people doing interesting work, many of whom have been welcoming and generous with their time, my colleagues in English in particular. Oxford is a stimulating environment to be in, though I will admit that I feel a certain ambivalence about being part of such an institution. I think it’s healthy to feel this – we should all be striving, as colleagues and educators, to acknowledge the privilege of the positions we are in and to avoid complacency, to see the University not as a static endpoint but as a work-in-progress. Part of this responsibility involves recognising the inequities and forms of exclusion we are complicit in when the status quo remains. On this note, I’m also aware that there are members of the community who wouldn’t approve, let’s say, of the kind of work I do on queer sexuality. I am happy to be at Univ, but I do struggle with that.

Have you faced any challenges pursuing academia?
Imposter syndrome is being spoken about increasingly, and I’ll admit that I’ve experienced similar feelings throughout my academic career so far. I went to a state comprehensive and neither of my parents had the opportunity to go to university, so I was thrilled to get a place at the University of Cambridge to study English, but it was all very new and a bit of a shock to the system when I arrived. I felt out of my depth, less academically than culturally, and it took me a while to affirm for myself that I deserved my place there. Having now been part of the Oxbridge system for a number of years, I can’t claim to feel like an outsider in any meaningful sense, but that’s not to say that I don’t still experience some of the same insecurities. I find they manifest in particular settings, as when answering questions after giving a paper, when I sometimes freeze up or feel put on-the-spot. But for the most part, I am glad that I can quell those voices of doubt and try and use them as an opportunity to learn.

What is your proudest achievement?
There’s no feeling quite like finishing and submitting a PhD. Embarking on a project of that length for the first time, it can sometimes feel like it will never end, so getting to the finish line felt like a big achievement. My other proudest achievement is a slightly more provisional one; the hope that I might have given to some of the students I’ve taught what I was given my tutors as an undergraduate, a new way of thinking. Being a conscientious and approachable teacher is important to me.

Do you have any advice for PhD students?
My main piece of advice would be not to stress prematurely: that gap in your argument will be filled, eventually; that chapter will get finished. It’s easier said than done, but I think creating the space and conditions for yourself to enjoy the process of research is really important. Publishing work during your PhD is now seen, for better or worse, as being key to future prospects, but set yourself reasonable and doable goals. There will always be someone who has published more articles or spoken at more conferences than you. 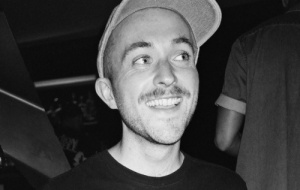 What role does poetry play in your life?
I spent much of the second year of my PhD living in New York City for research and it was then that I started writing poetry. I suppose, true to cliché, that the conditions were just right; I was living in new city and also going through a heartbreak. I had never written poetry before then, perhaps because I was so used to looking closely at texts that I’d somehow quashed my own desire to write creatively. I don’t carve out as much time for myself to write as I’d like, but if I’m in the mood to then I will try to follow that impulse there and then. It is therapeutic, for sure, but I also hope that writing poetry might help the way I think about writing prose as well.