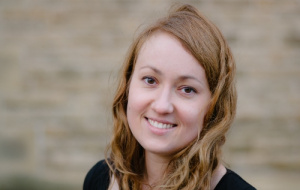 How and why did you become an academic?
I can’t say I always knew I’d become an academic. I started off in a completely different field while also enrolling on a literature course, which I first treated more like an engaging hobby rather than an academic path. However, during my studies in Warsaw, Cambridge and then Oxford, I was lucky to meet a bunch of truly inspiring people, both fellow students and academics, who made me feel more confident about what I want to do. I’d like to think of academia in terms of a space which can rescue us from intellectual laziness of the modern world by offering at least a smattering of critical independence.

Give your specialist subject elevator pitch.
I am interested in literary works which go beyond their seemingly monolingual provenance. My first research project has been on “translation multiples”, a new genre of writing in which more than one translation variant is placed next to one another. I argue that this practice has entered a more creative and experimental realm over the past few decades. It has most often taken the form of conceptual books with translation multiples or poems composed of different renderings of the same original. I consider what happens as translators, poets and artists alike expose the act of translation by producing different parallel variants, placing them next to each other as legitimate versions of the original, and presenting them as a stand-alone artistic work. At the same time, I have also written on self-translation, pseudotranslation, literary erasures, and multilingual writing across English, Polish, and German. 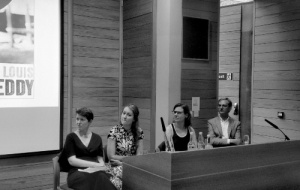 What is your connection to Univ? How has your experience been so far?
This year, I have taught a bigger course on “Spaces of Comparison” for all MML students, though I had also previously offered tutorials in Polish literature to our undergraduates. Univ is an academic hub for Slavonic languages such as Russian and Czech, which also has an interesting link to Polish culture. I’m thinking in particular of two renowned Univites, Bill Johnston (1979, Mod Lang) and Antonia Lloyd-Jones (1980, Mod Lang), who have dedicated their lives to promoting Polish literature in the English-speaking world. Plus, I was coincidentally a student of Univ’s sister college, Trinity Hall, Cambridge!
Univ always has something in store for you. It’s full of talented and kind people who are also up for some shenanigans from time to time (think the so-called Hobbit tour!). A special mention to all the College staff who never lose their smile and good spirit whatever time of the day or night.

What is your proudest achievement?
Probably going to Calais to volunteer in the refugee camp. A more academia-related achievement: being told by a student that our informal meeting to discuss a few poems was her best Oxford experience. 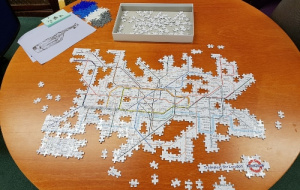 How do you relax?
I play volleyball: I used to play for the University team, now I compete in the regional league. I run: I’ve run twice for the Town and Gown 10k with Univ’s team. Last but not least, I enjoy our collective jigsaw efforts with other JRFs.

Have you faced any challenges pursuing academia? How did you overcome them?
Being a young female academic at Oxford is not always easy. I’ve found that the way forward in difficult situations is usually standing up for myself or looking for support among friendly colleagues. Things perhaps get more complicated when, on top of these usual matters, one also tries to talk and teach about the culture which is surprisingly unfamiliar even though not so distant. This seems an even more pressing matter now that Polish is the second most widely spoken language in this country after English.

Do you have any advice for PhD/DPhil students?
Write, write, write. Even if your argument and approach is likely to change as you go, get into the practice of writing as soon as possible. It’s easier to go back to rewrite your text than stare at an empty file when your chapter is due next week. 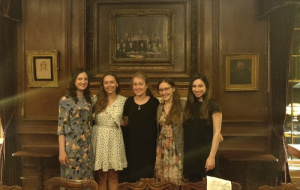 Kasia among her graduate students in the Winter Common Room

How do you feel about the celebration of 40 years of women at Univ? How far do we have left to go?
The celebration is a great initiative and puts things in perspective. Univ has few permanent female fellows and shouldn’t rest on its laurels otherwise it might miss out on the next Marie Skłodowska-Curie!

Read Kasia’s blog about the Literatures of Multilingual Europe on the Taylor Institution Library weblog.