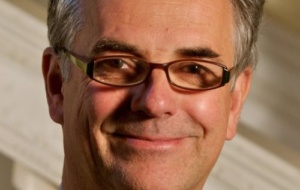 Professor Barry Potter, Supernumerary Fellow, has been elected to an Honorary Fellowship of the British Pharmacological Society (BPS).

British Pharmacological Society is the primary UK learned society concerned with research into drugs and their mechanism of action. Honorary Fellows are elected for life in recognition of sustained excellence and leadership in science, healthcare, and public service and include Nobel Laureates, international prize-winners, long-standing members of the Society, and those who have advanced the disciplines of Pharmacology, Clinical Pharmacology and Therapeutics through research, leadership and contribution to BPS.

The Society was founded in Oxford in 1931 and has around 4,000 members internationally from over 60 countries, working in academia, industry, regulatory agencies and the health services.

Pharmacology lies at the heart of modern biomedical science, linking together chemistry, physiology and pathology. Pharmacologists work with a wide variety of other disciplines including biochemistry, medicinal chemistry, neuroscience, molecular and cell biology, genetics, immunology and cancer biology. Professor Potter was elected on the basis of excellence in research, particularly in medicinal chemistry, including drug discovery and development.

Professor Potter said, “I am truly delighted to receive this distinction and pay tribute to many students, colleagues and international collaborators over the years who share in this recognition.”