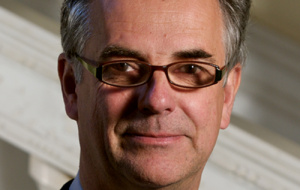 Univ Supernumerary Fellow in Pharmacology, Professor Barry V L Potter, has been named as the winner of the 2018 Tu Youyou Award. He is recognised for outstanding contributions to Medicinal Chemistry and Chemical Biology through research with a strong relationship to Natural Products Chemistry and for academic excellence, leadership and entrepreneurship across a wide spectrum of activities related to Chemistry, Biology and Medicine.

“I am honoured to have won this award, particularly as an academic outside the pharma industry, and recognise the dedication and hard work over the years of very many colleagues, students and collaborators both in the UK and internationally in delivering the research advances in Medicinal Chemistry and Chemical Biology that have led to this recognition.

“Working in the drug discovery field is highly challenging and risky, but offers the great motivation of fighting disease and alleviating human suffering. It is also always highly rewarding to work with young scientists and help them believe they can make a difference in this area.”

Professor Potter’s research interests cover a broad range, from enzyme mechanisms, cellular signaling molecules, the chemistry of nucleic acids, nucleotides and biophosphates to drug design and discovery, where several of his drugs have gone on to “first in class” Phase I and II clinical trials in the areas of breast, prostate and endometrial cancer, endometriosis and hormone replacement therapy.

His excellence is exemplified by the many “firsts” in his professional career. Early in his academic career, as a Lecturer in Biological Chemistry at the University of Leicester, he was the only chemist to receive a Lister Institute for Preventive Medicine Fellowship for his work on cellular signaling and the mechanisms of RNA splicing. In 1990, he moved to the University of Bath, being unusually directly promoted from Lecturer to Lister Institute Research Professor. At Bath, he would build and lead for over 25 years a globally recognised centre of excellence in Medicinal Chemistry. In 2015, he moved to his current position at the University of Oxford where he founded a new Medicinal Chemistry and Drug Discovery Section.

He has published over 500 papers and is listed as co-inventor on more than 700 patent applications, over 400 of which have been granted to date. Several of his discoveries form the basis of tools (some of them now part of commercial kits) widely used in pharmacology and chemical biology. As an entrepreneur, he co-founded the University of Bath—Imperial College London spin-off company Sterix Ltd. (subsequently acquired by the French pharma company Ipsen Group), built around his seminal work in the field of steroid sulfatase inhibitors, which includes the design of the anti-breast cancer drug Irosustat.

The Tu Youyou Award
The Award is named in Honor of Tu Youyou, the Co-Recipient of the 2015 Nobel Prize in Physiology or Medicine. Tu Youyou is a Chinese pharmaceutical chemist and educator. She discovered artemisinin (also known as qinghaosu) and dihydroartemisinin, used to treat malaria, which has saved millions of lives. Tu Youyou’s discovery of artemisinin and its treatment of malaria is a significant breakthrough in 20th century tropical medicine and an important health improvement for people of tropical developing countries in South Asia, Africa, and South America.

Univ’s lecturer in Old and…