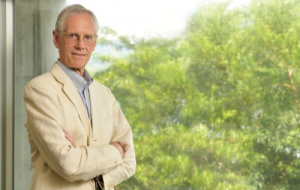 Professor Nicholas Rawlins (1968, PPP), Emeritus Fellow, has been appointed as a Pro-Vice-Chancellor at the Chinese University of Hong Kong, concurrently with his existing position as Master of Morningside College, with effect from 1 August. This is the first time in the history of the CUHK that anyone who is not Chinese has been appointed to a post of this kind.

Professor Rawlins is the former Pro Vice Chancellor, Development & External Affairs for the University of Oxford. He is a behavioural neuroscientist whose research spans areas including the neural basis of memory, brain degeneration, pain and anxiety. He was a JRF at Univ from 1977 to 1981, a Senior Research Fellow from 1981 to 1983, Tutorial Fellow in PPP from 1983 to 1998, Professor of Psychology from 1998 to 2007, and Development Fellow from 2001 to 2007.