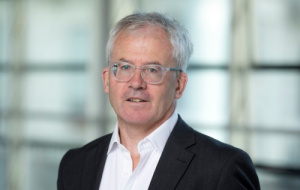 David Miles CBE is Professor of Financial Economics at Imperial College Business School. His current research focuses on policy issues connected with financial stability, the housing market and the setting of monetary policy. Some ideas on the evolution of unfairness in the distribution of resources are explored in recent work. He is a member of the Commission of the Irish Central Bank. Between May 2009 and September 2015, he was a member of the Monetary Policy Committee at the Bank of England.

How did Univ change you/how did you change Univ?
Univ had been going for almost 750 years when I, having only been around for about 18 years, arrived. That asymmetry means I can be certain it changed me rather a lot more than I did it.

It is of course the people that changed me. Univ was the institution and the physical place that brought those people together; it was the reason they were together. It was a time (I arrived in 1978) that I now realise was extraordinary in an intellectual sense because there were at Univ several of the greatest living philosophers. I was fortunate, in a way I had little idea of then, to have one-one tutorials with several of them – including the charismatic and brilliant (Gareth Evans) and the quietly brilliant (John McDowell). It is extraordinary that someone so young and ignorant should get to spend hours with such people – indeed in retrospect it seems too bizarre that I sometimes wonder whether it really happened.

Like many others I was also much affected by Bill Sykes – who was the new chaplain to the College then – and in some ways by George Cawkwell, who was already an institution. Cawkwell’s presence at Univ rugby games was something that has stayed with me and forty years on I can still hear the voice that would boom “Come on Univ” from the touchline. Sykes was both a presence on the touchline and even on the pitch for Univ rugby. I remember him taking me to hospital after I had lost some teeth in a Univ game and his kindness was immense in a totally unobtrusive way. I appreciate all this more now than I did then. 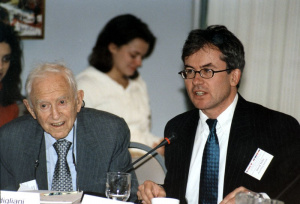 Why did you decide to pursue academia as well as advisory work?
I have flitted a bit between the world of academic economics and the worlds of policy and commerce. Economics allows you to do that more than most subjects. I think it helps to get away from universities for periods – wonderful places though they can be. There is quite a gulf in understanding about what the world of business is like amongst many academics and also about what the academic life is like amongst business people. Many years ago I moved for a few years from an academic job to work for an American investment bank. My new colleagues at that bank said I needed to accept that people could be a bit harsh and shouty in the City and not to be taken aback by an atmosphere so much rougher than in academe. After a few weeks I realised that in the investment bank people were far more collegial, far more team-orientated, decidedly more gentle and much less harsh and shouty than academics. Academic seminars in economics are a bear pit where (at least until very recently) the aim for many in the audience is to eviscerate the speaker. No one would put up with that in an investment bank – you would be taken to one side and told that unless people worked as part of a team there was no place for them.

How has the pandemic altered your research?
Because the pandemic – and the measures the government took to counter its harm – have had such profound effects on how we have lived, and because it will affect economic life for many years to come, it could not fail to influence the research of the majority of economists. I have written a few research papers now on the economics of Covid-19 and the analysis of the costs and benefits of different measures (most obviously lockdowns) taken by governments. I ended writing a paper with my son (a physicist) on statistical models of the spread of the virus. I fear the economic, social and health effects of the pandemic will spread across decades into the future.

What is the greatest challenge you have faced? How did you overcome it?
I have been lucky. I have reached 60 and relative to most people not had to face really hard challenges. They are to come, and I will see how I do. My parents – like those of pretty much all of my contemporaries at Univ – grew up in the 1930s and lived through the second world war. I have not faced challenges like that; yet. 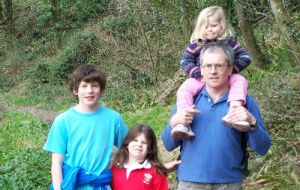 What is your proudest achievement (personal or professional)?
Three nice children and (not ranking as high) I quite like the short opening sentence of a book I wrote on the economics of housing in the 1990s. (It read “Few people are nomads by choice”).