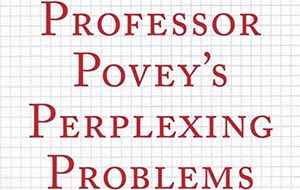 Professor Povey’s research is predominantly concerned with turbomachines, particularly the turbine stages of large civil turbofan (jet) engines. His current research includes studies of unsteady interactions in gas turbines and turbine aero-thermal interactions. He also lectures on Fluid Dynamics and Thermodynamics, subjects he continues to teach in tutorials at Univ.

Other recent publications include journal articles such as: