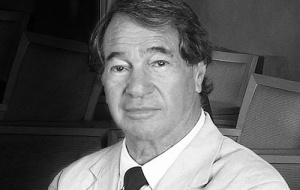 London firm Heatherwick Studio and Diamond Schmitt Architects of Toronto have been chosen to redesign the interior of David Geffen Hall at Lincoln Center, New York. They will effectively be replacing British heavyweight Norman Foster, the Pritzker-winning architect who a decade ago was commissioned to redesign what was then known as Avery Fisher Hall.

The project calls for a reimagining of the auditorium and ultimately creating a place where the architecture is at one with music. It is on track to start in 2019 and will take about 30 months to complete, with a projected cost of about $500 million. A design is expected to be released next summer. This first ever collaboration brings together two world-class, award-winning firms – collectively, they bring extensive experience designing innovative public spaces and specialised expertise in the design and execution of world-renowned performing arts halls.

Univ Old Member Jack Diamond has practised architecture since 1968 and is recognised for his astute interpretation of site and context across a wide range of award-winning building types, from civic and residential to performing arts and academic projects. Previous work includes the Four Seasons Centre for the Performing Arts in Toronto, the Israeli Foreign Ministry, Southbrook Winery in Niagara, Ontario and the Life Sciences Complex at McGill University in Montreal. Current projects include the New Mariinsky Theatre in St. Petersburg, Russia and a private residence in Switzerland. He is a Royal Architectural Institute of Canada Gold Medalist and an Honorary Fellow of the American Institute of Architects. He is a member of the Order of Ontario and an Officer of the Order of Canada.

Jack Diamond received a Master of Arts degree in PPE at Univ in 1958, as well as earning a rugby blue. He received a Master of Architecture degree from the University of Pennsylvania in 1962 where he studied with Louis Kahn. In 1964, he emigrated to Canada to become the founding director of the Master of Architecture programme at the University of Toronto, a position he held until 1970. In 1975 he established his own firm, today called Diamond Schmitt Architects. He has served as a member of the Ontario Human Rights Commission, as Chairman of the Design Advisory Committee for the National Capital, Ottawa and as a Commissioner of the Greater Toronto Area Task Force.