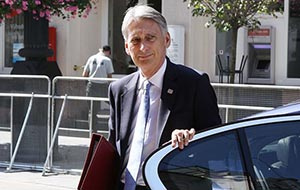 Univ Old Member Philip Hammond (1974, PPE) has been named as the new Chancellor of the Exchequer by incoming Prime Minister Theresa May.

Although a noted Eurosceptic he campaigned for the Remain camp during the 2016 referendum; he takes over the position of Chancellor from outgoing George Osborne.