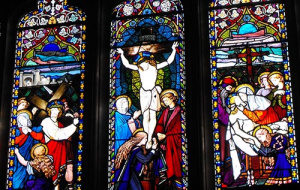 Choral Evensong continues online during Trinity and all of our guest preachers this term are themselves old members of the College; we hope that you will enjoy hearing a familiar voice if you were at Univ with one or more of them.

We miss being able to gather together in Chapel in person, but online services do allow us to connect with many old members across the world, and we welcome those who join us in this way.

These preachers, and the dates on which they will join us for Evensong, are as follows: 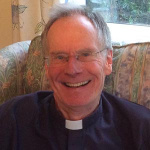 Nick Hallam read Biochemistry at Univ and is an Anglican priest and hospital doctor (now very part time) who lives in Cumbria. After Univ he enjoyed a year in South India on VSO when a special memory was travelling 3rd class by rail on the luggage rack from Chennai to Kolkata. He and his wife Joyce have recently invested in ebikes which make the Lake District hills more manageable. They have hens and three granddaughters. 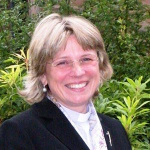 Georgina Watmore matriculated in 1981, the third year that Univ accepted women students.  She read Jurisprudence before working in Investment Banking in the City and later trained as an Anglican priest. She has recently taken early retirement from her last parish, a Georgian town in Cheshire, in which she had oversight of three churches, four listed buildings and four schools.  Georgina is the mother of four grown sons. 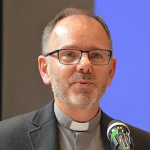 Andrew Norman read PPE at Univ and is now Director of Ministry and Mission in the Church of England Diocese of Leeds. Prior to that he was Principal of Ridley Hall Theological College, Cambridge. His ministry has included posts in Bristol, Liverpool and Paris, along with supporting Archbishop Rowan Williams as his Principal Secretary for International, Ecumenical and Anglican Communion Affairs. Before being ordained, he worked for six years for the banknote printers, De La Rue. He is author of A Church Observed: being Anglican as times change (Gilead Books, 2019). 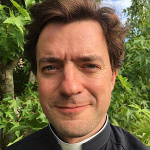 John Summers read Jurisprudence at Univ and went on to practise at the Chancery Bar in London for 8 years. After training for ordination he served a curacy in deepest rural Dorset until in October 2019 he became one of the chaplains at Trinity College, Cambridge. 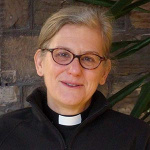 Janet Williams matriculated in 1979, as one of the first cohort of women students at Univ; she read Classics, followed by a Masters in Patristic Theology. She is currently Vice-Principal of St Hild College in Mirfield. Her research interests are in Christian and Buddhist spiritual traditions, and her most recent publication is Seeking the God Beyond: A Beginner’s Guide to Christian Apophatic Spirituality (SCM, 2018).

You can listen to each service as it becomes available throughout term – or listen again to any of our online services from the last 12 months – on our Online Chapel Services page.

In my first year I was…