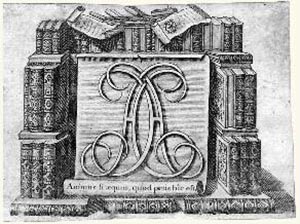 This month’s Treasure features the handlists which record the contents of the library that belonged to Arthur Charlett (1655-1722), sometime Master of Univ.

Transcribing the contents of the handlists has long been on the Library staff’s to-do list and the Lockdown provided an opportunity to begin chipping away at the project.

The handlist reveals that the Library probably contained in the region of 3,000 books, on a wide range of subjects. There were the standard classical and theological works that you would expect to find in a scholarly library of the time. There was also a lot that was contemporary and just written, including many philosophical and scientific works. Charlett had good contacts in the publishing world (he was an OUP delegate) and so he was able to add to his library many new books that were coming out at the time. He was a keen bibliophile and his books bore his bookplate (Figure 1. above). 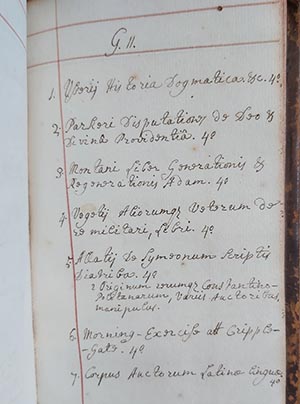 Charlett was also a keen supporter of Anglo-Saxon studies so it’s not surprising that we find listed several works by George Hickes, the contemporary authority on the field, including his Thesaurus, the publication of which Charlett supported. There were also works attributed to and about King Alfred, Univ’s legendary Anglo-Saxon founder.

In the library each section of bookcase was given a letter of the alphabet, and the shelves in that section given a number, and this made up the shelfmark. Figure 2 shows what would have been found on shelf G.11, for example. The handlist also recorded the format of each book, given in three sizes: octavo, quarto, and folio. Because the format indicates the approximate size of each book we can get some idea of what the shelves in the library might have looked like. Some shelves were entirely stocked with a particular format, others had a mixture, but it would have been something like the Browne Library found in the present Lodgings (Figure 3). 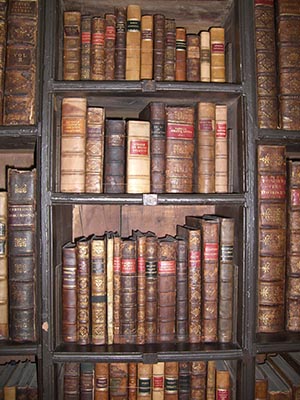 Figure 3: The Browne Library in the Master’s Lodgings

The handlists show the library as it was at a particular point in time, but Charlett would have built up the collection over many years. Before he was elected Master of Univ. in 1692, Charlett was a fellow of Trinity College, Oxford. His personal wealth and impressive social connections made him an attractive candidate to head up a college wanting to improve its financial situation.

Certainly, he used his connections to help improve the College coffers. Perhaps his greatest achievement in this regard was securing a bequest from John Radcliffe. Part of the Radcliffe bequest provided for the eponymous quad, the buildings of which forms part of the story of Charlett’s library.

When Charlett became Master the Lodgings were on the High as can be seen in the lower left corner of Figure 4, below (Figure 5, below, shows what that site looks like today.) Charlett no doubt had a library in there (and would have brought books with him from Trinity College), but because we have no plan of the interior we don’t know what room it occupied or how big it was. 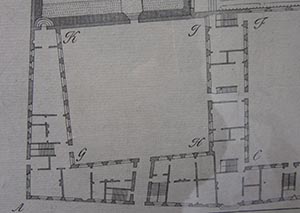 That building was demolished in 1717 to make way for Radcliffe Quad where the new Lodgings were to be found in the east range.

As you can see in Figure 6 there was a big room on the ground floor of the east range. This would have been Charlett’s library. When staircase 12 was put in in 1879/80 that room was a subdivided and the space ceased to function as a library. For many years the new room created on the left-hand side was the College Office. Now they are all student rooms and Figure 7 shows what it looks like today. 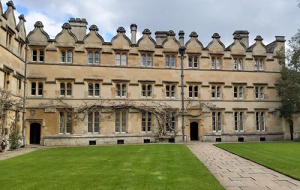 The handwriting in the lists is pretty consistent which suggests they were drawn up in one go but we don’t know when this was. The list is not in Charlett’s hand, but he was the kind of person who would have liked to have a list of the books he had in his library and so someone was probably employed to draw up the handlist. It is possible that he had the list written up in 1717 when he moved into the new Lodgings. This is plausible because moving dwellings often involves drawing up inventories. Also, moving into the new Lodgings with its library room and shelves provided the opportunity to order his collection of books for their new home.

Charlett died on 18 November 1722 after suffering a stroke, and his body was interred in the Chapel. According to William Smith, who wrote a history of Univ in 1728, Charlett had promised his books to the College. This is another possible moment when the handlists could have been drawn up. Charlett, keen to have an inventory of his belongings for the purposes of dividing out his estate, set about preparing a catalogue of his library. The handlists would have helped with the transfer, but he died before he could get all of his affairs in order.

Charlett died intestate and so the College could not lay claim to the library. What happened to the library? Initially, it stayed in the Lodgings, but by 1723 almost all of the books seem to have left Univ. Thomas Hearne recorded in his diary that Wilmot’s, an Oxford bookseller, had purchased “Dr Charlett’s Study of Books for five hundred Guineas.” This is about £75,000 in today’s money, so a bargain given the size and extent of the collection (mind you, many of these weren’t yet rare, early-printed books in 1723). Hearne, whose dislike of Charlett was well-known, ironically bought 13 of the books from Wilmot’s. 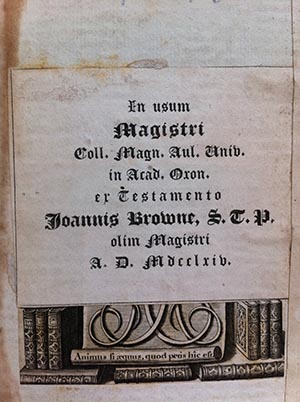 Figure 8: John Browne’s bookplate stuck over that of Arthur Charlett’s

There’s an intriguing epilogue. Some of the books did stay in Univ and they remain part of the present-day Lodgings.  When the books in the Browne Library (bequeathed by Master John Browne in 1764 for the use of successive Masters) were catalogued, starting in 2009, it became apparent that many of the books bore Charlett’s bookplate with John Browne’s stuck over it (Figure 8). You can read more about this in a previous Treasure here. Going through the handlist has confirmed this, because Charlett’s shelfmarks are still visible in the books now found in the Browne Library. How did John Browne get hold the books? That’s a twist in the tale to be spun out another time.

The seemingly mundane task of transcribing a list of books has offered a direct route into the world of Univ during the 18th century, and with it a chance to explore some of the continuities and changes, the rivalries and friendships, the buildings and rooms, as well as the commitment to learning and knowledge that have created the rich tapestry of the College’s history.

If you’d like to know more about Univ during the era of Charlett and immediately after, read chapters 11 and 12 of Robin Darwall-Smith’s A history of University College, Oxford (Oxford, 2009).