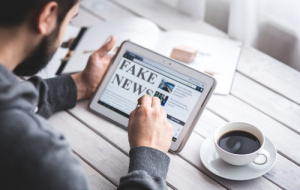 Sagarika Ghose is one of India’s most noted journalists as well as an author and broadcaster. She has worked at The Times Of India, Outlook magazine and The Indian Express. She was a prime-time television news anchor on BBC World’s Question Time India as well as on the news network CNNIBN. She is the author of two novels and a recently published biography of Indira Gandhi, Indira, India’s Most Powerful Prime Minister, now slated for a screen adaptation. Her latest book is Why I Am A Liberal. A Manifesto for Indians Who Believe In Individual Freedom (2018).

Nick Robinson is a well-respected and familiar face and voice on television and radio with over 30 years’ experience in reporting and broadcasting. He presents Radio 4’s flagship Today programme and his weekly Political Thinking podcast. He spent a decade as the BBC’s Political Editor covering Prime Ministers Blair, Brown and Cameron. Nick’s Twitter feed is followed by around a million people. His Election Notebook was a Sunday Times bestseller.

Professor Jacob Rowbottom was previously a University Lecturer in Law and Fellow of King’s College at the University of Cambridge. He is a qualified barrister and previously worked on the staff of an election campaign for the US Senate. He is the author of Media Law (2018) and Democracy Distorted (2010), and writes on a range of topics including the funding of political parties, media regulation, speech on the internet, election campaigns and obscenity laws.