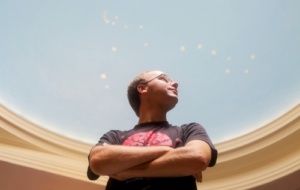 Amongst them is Dr Ryan MacDonald, who will be using NASA’s new James Webb Space Telescope — launched on 25th December last year — to observe planets around other stars.

“Our galaxy is teeming with exotic planets far stranger than those in our solar system,” said Ryan MacDonald, currently a Research Associate at Cornell University in the United States.

“From inferno giant worlds with sapphire rain to rocky planets potentially harbouring life, I can’t wait to see what surprises our universe has in store for us.”

Ryan MacDonald’s path into professional astronomy began while he was a Physics student at Univ and President of the Oxford University Space and Astronomy Society. He obtained his MPhys in Physics in 2015, followed by a PhD in Astronomy from the University of Cambridge. He moved to Cornell University in the US in 2019 to join international collaborations working with space and ground-based telescopes.

In September, Dr MacDonald will be moving to the University of Michigan to start his NASA Hubble Fellowship. He will spend the next 3 years conducting independent astrophysics research funded by NASA.

“From the quest for the first galaxies to the hunt for habitable exoplanets, this year’s NASA Hubble Fellows seek answers to some of the most critical questions about our universe,” said Paul Hertz, Astrophysics Division director at NASA Headquarters in Washington. “This is an incredibly promising group of young scientists, and I can’t wait to see where their research takes them from here.”

Ryan MacDonald is the first British citizen to win a Hubble Fellowship since 2019.

A team of doctors and scientists…

Univ student Ryan MacDonald is one of five Britons…