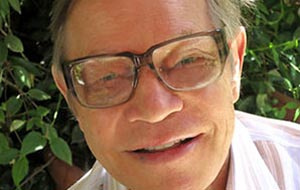 Depending on the organs involved, amyloidosis can cause fatigue, heart failure, liver and kidney damage. Treatment includes chemotherapy, steroids, and sometimes a stem cell transplant. The disease, while relatively rare, has devastating effects on patients. The goals of the RENEWAL programme are to increase awareness about amyloidosis, provide support and validation to amyloidosis patients and their families, and to encourage donations to fund research that will identify new treatments and, with time, a cure.

Michael York is an actor whose films include Cabaret, Murder on the Orient Express and Austin Powers, and author of Accidentally on Purpose and A Shakespearean Actor Prepares.