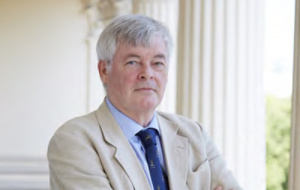 The Walter H Bucher Medal was established in 1966 in honour of the former AGU President, who was a major contributor to the study of crustal problems. It is awarded every two years.

Professor England is involved with Earthquakes without Frontiers, an organisation which brings together earth scientists, social scientists and policy advisers. It aims to improve knowledge of the distributions of primary and secondary earthquake hazards in the continental interiors and then identify ways to increase the resilience of the populations exposed to these hazards.

He is also currently researching the dynamics of continental deformation in the Alpine-Himalayan Beld, tsunami hazards in the Eastern Mediterranean as well as stress, metamorphism, and melting at convergent plate boundaries. In 2016 he received the Gold Medal of the Royal Astronomical Society for his work, the highest honour the RAS can bestow.