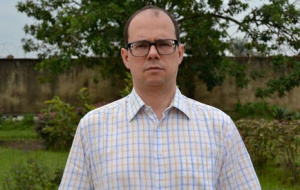 After serving for three years as head of a United Nations office in the Democratic Republic of the Congo’s city of Bunia, Univ Old Member Maurizio Giuliano (1993, PPE) has been appointed by the Secretary-General as Chief of Protection of Civilians in the United Nations Multidimensional Integrated Stabilization Mission in Mali (MINUSMA).

At a time when civilians in Mali are threatened by conflict and violence, including by terrorist armed groups, MINUSMA is widely considered one of the United Nations’ most challenging missions, and Maurizio’s role is bound to be extremely demanding yet rewarding.