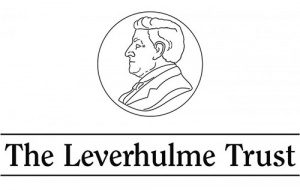 The Leverhulme Trust has awarded Professor Nicholas Halmi a two-year Major Research Fellowship to write a book (contracted with OUP) called History’s Form, a comparative study of the engagement of British and Continental aesthetic theory and artistic practice (in literature, painting, and architecture) with the emergence, during the eighteenth century, of a distinctly modern understanding of history. It is about how the arts are challenged and transformed by this crucial aspect of modernity–one that also gave rise to such disciplines as art history, classical archaeology, and comparative linguistics.

Nicholas Halmi said: “Since the demands of the collegiate university and the requirements of the government’s REF exercise make it very difficult to undertake large-scale interdisciplinary projects of this kind, I am especially grateful to the Leverhulme Trust for granting me the freedom to work on the book. In humanities research, time is what is most needed and hardest to secure.”

Professor Oliver Zimmer, has received an award for 24 months, which will enable him to work on his current book, a comparative examination of time and social rhythms in the long nineteenth century. Entitled Losing Time and Temper: The Struggle over Clocks and Timetables, 1840 – 1914, this research involves extensive archival work in both England and Germany on conceptions of time, public clocks, train schedules, and railway passengers’ expectations, strategies, and emotional states.

Oliver Zimmer said: “The Leverhulme Trust is one of the outstanding funding bodies for research in the Humanities anywhere in the world, one that’s committed to a unique liberal ethos, so I’m very excited about this award.”