Innovation in a Post-COVID world 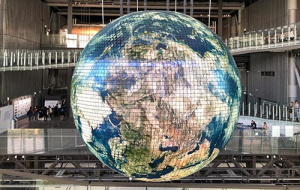 On Thursday 6 May Baroness Valerie Amos, the Master, chaired the latest in our series of “Global Conversations”; Aaref Hilaly (1989, PPE) and Kevin Hartz (1992, History) discuss how the pandemic is atomising Silicon Valley and spreading innovation.

The global response to COVID-19 shows us how crisis and disruption can fuel innovation. This event discussed how we can apply the lessons of the past 12 months to accelerate innovation across all sectors of the economy and society as the world reopens.

Kevin Hartz is Co-Founder and CEO of one (NYSE: AONE) and Co-Founder, former CEO, and Chairman of Eventbrite (NYSE: EB). He is an early-stage investor and advisor to successful startups including PayPal, Pinterest, Uber, Airbnb, Trulia, Thumbtack, Gusto, Joby Aviation, and Newfront Insurance. He is also Co-Founder of Xoom (IPO 2013, acquired by PayPal).

The Right Honourable The Baroness Amos CH PC commenced her tenure as Master of University College Oxford in September 2020. Prior to taking up the Mastership, Baroness Amos was Director of SOAS University of London. Before that she served as Undersecretary General for Humanitarian Affairs and Emergency Relief Coordinator at the UN from 2010 2015, and held senior roles in government and the public sector. Baroness Amos has been a Labour Life Peer since 1997, and served in the Cabinet from 2003 to 2007 as Secretary of State for International Development, and subsequently also served in the Cabinet as Leader of the House of Lords and Lord President of the Council.

On Thursday 11 February a joint…